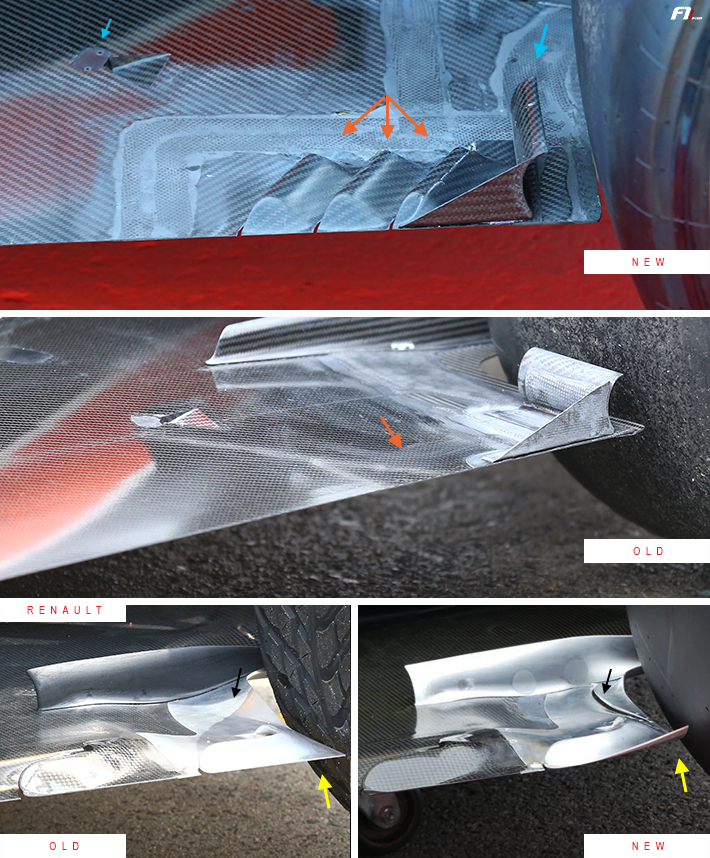 STRIVING TO MAKE THE CUT

Following the same ‘slot’ trend is McLaren, which has introduced a three-element setup to the MCL32’s floor in order to re-energise the air flowing along the edges of the diffuser and fend off tyre squirt from the rear wheels.

Adding the three cuts has forced McLaren to move the intriguing triangular device aimed at reducing turbulence from the rear wheel (see blue arrow – Sauber introduced a similar design in Monaco). One will remember that the Woking-based outfit had pioneered L-shaped notches in 2015, though that floor specification was then abandoned.

Finally, Renault slightly tweaked the outer aluminium slot on the R.S.17’s floor, making it curved in a manner similar to what can be seen on the Toro Rosso STR12.