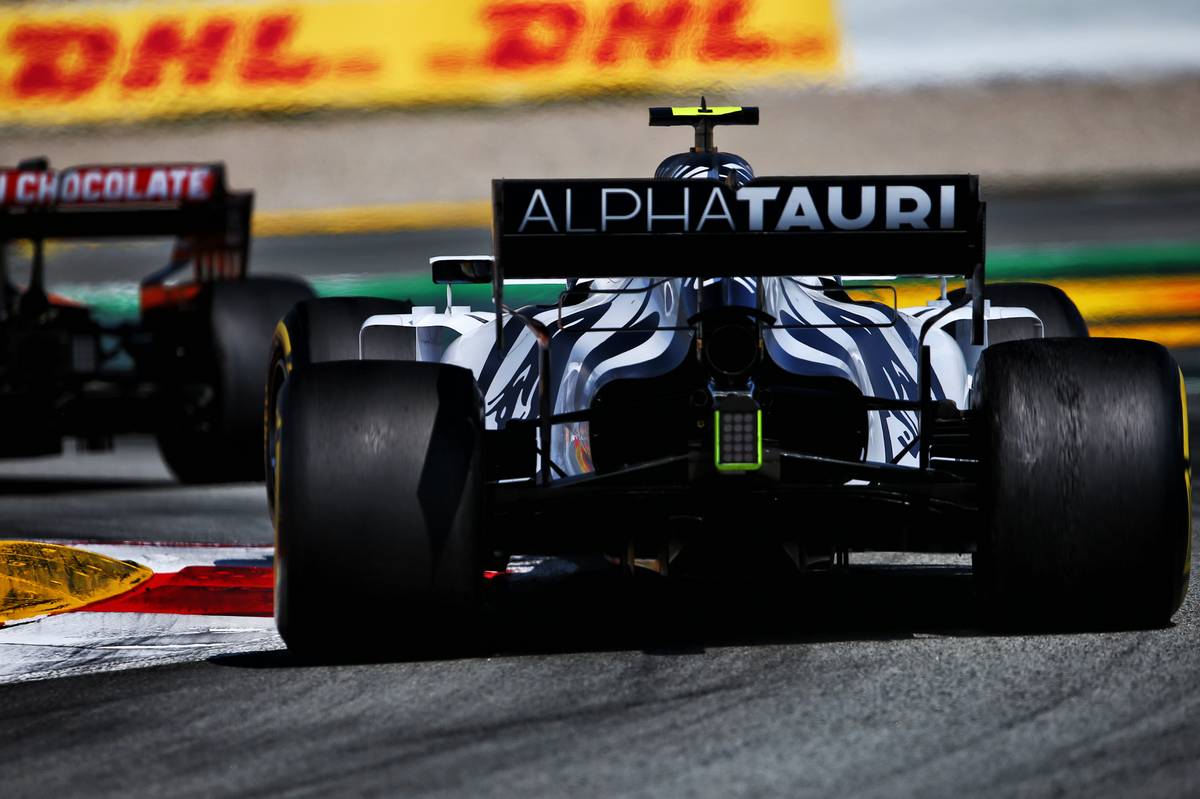 Pierre Gasly
"It was a great race and I'm happy to get another two points for the team this weekend. We had a good start and I managed to pass Charles and Lando in Turn 1 which put me in eighth position. We got held up a bit in the second stint behind other cars in a train of DRS, so we didn't make full use of the prime tyres, which was a bit of a shame. However, I think there are a lot of positives to take away from Barcelona, which is quite a challenging track in terms of car performance, and it was nice to be in the mix with the McLarens for most of the race. We can be pleased with our result today and now we start focusing on Spa."

Daniil Kvyat
"I can't say it was a satisfying race as it was quite frustrating. I wasn't as comfortable in the car as I usually feel on Sundays. We still need to look into the details and try to understand why – maybe our tyre usage wasn't optimal. I was happy with my initial start, I had some nice battles with Ferrari and Ricciardo, so I thought there was more for me to take today and finish in a better position. I think there are a few things we can learn from this weekend and we should be able to do well in the next races."

"As for Pierre, the first stint was strong as he managed to keep Leclerc behind and maintained a gap to Sainz. We had to manage the car a bit as the brakes and tyres were on the hot side. We stopped him as soon as we were clear from Grosjean and we tried to use our tyre advantage, as we had two sets of medium tyres available. Unfortunately for Pierre, his entire second stint was in traffic and he got stuck in a train with Albon and Norris. The last stint was very similar, but we thought we could pass Vettel who was losing quite a bit of time as he trying to make the one-stop work. Overall, we bring home some points which reward a strong weekend on Pierre's side of the garage.

"Daniil's race was more complicated. He started to lose ground at the end of his first stint, so we decided to box him for medium tyres. His second stint was okay, but not enough to beat Ricciardo, who was going for the one-stop. In the final part of the race, he was very close but the leaders coming by were forcing him to drop and attack again.

"Obviously, after showing a competitive performance over the entire weekend, we would have preferred to bring home more points, but overall, it's a positive result that confirms we are a strong midfield contender. We will go on working hard to keep the good momentum going and increase our advantage over our direct competitors."