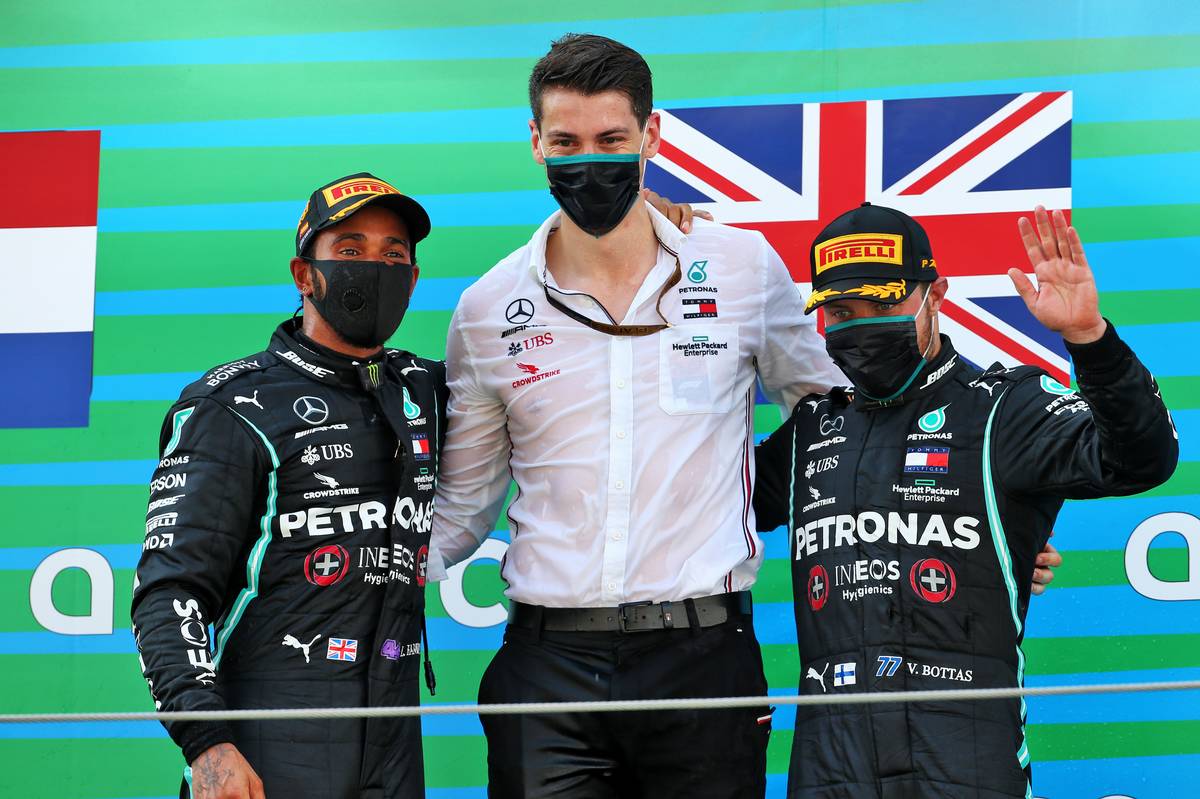 Valtteri Bottas
"Of course, this is very disappointing, I'm not here to finish third. The start was really the key point for my race - it just wasn't good enough, so I lost a few positions. We'll have to look into what happened, but ultimately the guys behind me got a good tow and were able to overtake me. On a track like this, where overtaking in the race is so difficult and track position is everything, your race becomes very tricky if you lose places. So, I think with a different start the end result would have been very different. In the first stint, I had to push hard to make up ground which worked fairly well. In stint two, I was pretty much right behind Max all the time, but it is so difficult to overtake here, and you need a really big time difference. We had a free pit stop at the end, so I could pit for fresh tyres and got the fastest lap. Overall, it wasn't the race I had hoped for, but sometimes that's just the way it goes. We'll analyse everything from the race and move onto the next one."

Lewis Hamilton
"This feels absolutely incredible. I was just in a daze out there, I didn't even know it was the last lap in the end, that's how in the zone I was. I can't remember the last time I felt like that. It was really special and a real surprise after our recent tyre problems. We brought all of our learnings from the previous weekend into this one and that enabled us to do well today. A fantastic effort from everyone in the team, I'm so grateful for all their hard work and for continuing to push, so a huge thank you to everyone at the factories. I got the perfect start and then it was all about tyre management. It was so hot out there and very demanding, but I was just focused on protecting the tyres and bringing the car home. What an incredible result."

Toto Wolff, head of Mercedes-Benz motorsport
"I'm very happy for the team. To have understood the difficulties from Silverstone, recover from them and come back with a great set-up and fantastic tyre management - that just shows the strengths of this team. A massive well done to all the people at the factories and here at the track for their hard work. Everyone pulled together and overcame what we have seen as our biggest weakness. Lewis was in a league of his own today; he controlled the race very well and did a brilliant job. He managed the tyres extremely well and ultimately his call to go to Mediums for the last stint was the right one. Valtteri unfortunately suffered a tricky start and lost a few places which is a shame, because he had the pace to finish second. The Soft tyre wasn't the best compound to attack Verstappen in the end, so we need to understand why that was the case. But overall, first and third and the extra point for the fastest lap makes for a great recovery after Silverstone and an almost perfect result."

Andrew Shovlin, chief race engineer
"There's been a lot of work going on in Brackley over the last week to understand what went wrong in Silverstone, so it's really satisfying to win here in hot conditions. It's been a challenging weekend given the temperatures. We did good work on Friday and had a clear understanding of how hard life was going to be for the tyres with the track at nearly 50°C, but we didn't know how we'd be on relative pace. That certainly turned out towards the better end of our expectations; Lewis managed for the first ten laps, but when he started to pick up the pace we had a bit of an edge in terms of pace and degradation. He drove a perfect race and managed the tyres brilliantly. Valtteri's day wasn't so straightforward. He lost places off the line and got squeezed into Turn 1 so had to work through a couple of cars early to get back into the fight at the front, all without taking too much out of the tyres. He was able to follow Max closely and we may conclude that there was a small window where we could have gone for an undercut in that middle stint, but Red Bull covered the situation well. A reminder that they race well and never give us anything for free. Valtteri had the chance for to go for fastest lap at the end on fresh Medium tyres and it was some consolation to see him break the lap record and get the extra Championship point. We're looking forward to a few days back in the UK to prepare for the next triple-header. There are some amazing tracks coming up with Spa, Monza and Mugello and they all present their own unique challenges, so we'll be using this time to understand how to get the best out of the W11 in each of those races."