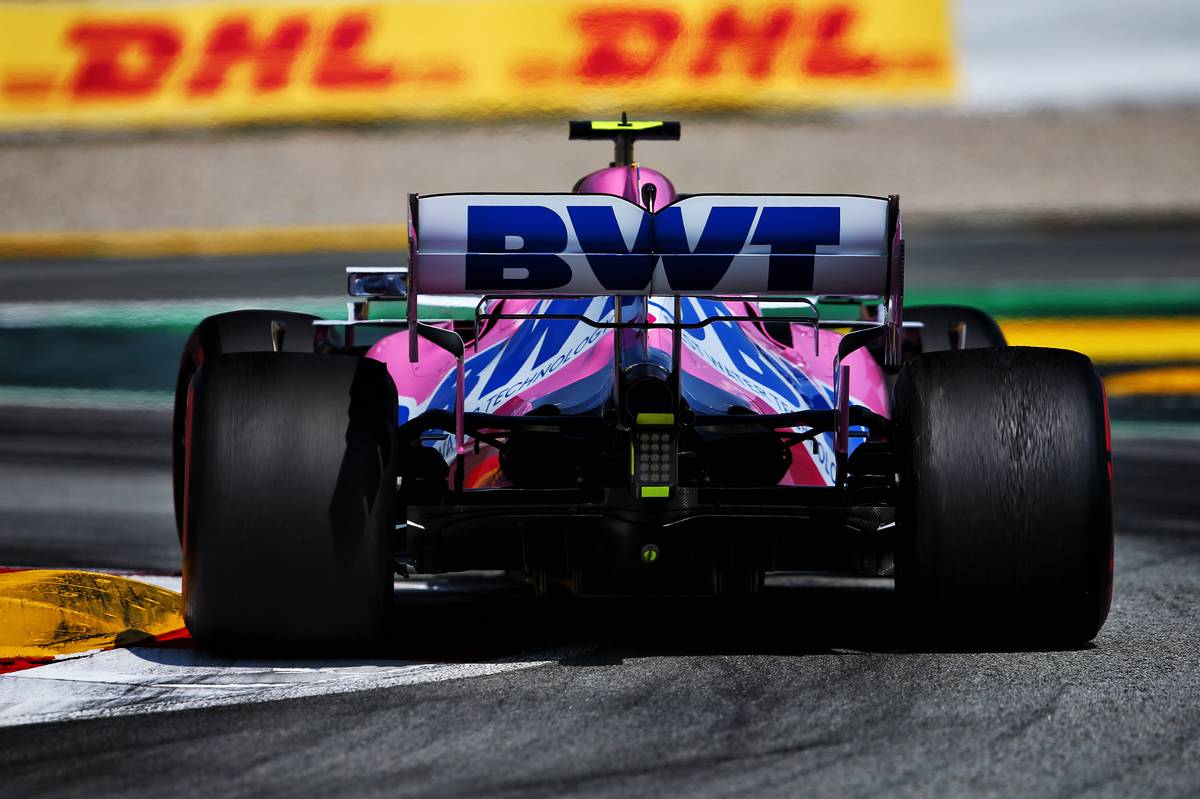 Sergio Perez
"I had a difficult start today and lost a place to Lance, but we were able to recover and have a strong race. I think it was on the edge to make a one-stop work, but we managed to do it, which took a lot of tyre management, and great work from the team to make it happen. It was also fun to battle Lance, but the priority was to save the tyres. I'm disappointed to have got a five seconds time penalty: I don't think it was fair considering the first opportunity I had to get out of Lewis's way was into Turn 1. But the main thing is that we were able to hold onto P5, and we scored a lot of points for the team today. It's been a positive comeback for me and I want to thank the team for their help in getting me back up to speed so quickly."

Lance Stroll
"I had a great launch off the line and I was able to pass Checo and the Mercedes of Bottas, which set me up for a good race. It was a great feeling to race a few laps in third, even if we knew we weren't racing the Mercedes – P4 was the maximum today. It was good to battle with Checo on track for a bit too, even if it probably gave Otmar a few more grey hairs! We changed to a two-stop in the race, but I was able to make up places, and I managed to overtake Vettel late on, and I gained a place through Checo's penalty too. Today was all about managing the tyres, which was difficult in the heat – but we made it work. The dark clouds arriving late in the race were a nice relief from the sun! The team did a great job today and I'm happy we scored some big points. I'm excited to get to Spa now because the track should suit our car and we can aim for more points."

Otmar Szafnauer, Team Principal and CEO
"Fourth and fifth place is a deserved result and there's no doubt we maximised the points that were available to us. It was difficult to fight the top three on pure pace, but converting our qualifying positions into race results feels very satisfying – especially with split strategies. Lance made his usual strong start off the grid and then both cars ran in close company for most of the race. Lance maintained his advantage over Sergio during the first pit stops, until we switched him to a two-stop race, while Sergio tried to make the one-stop strategy work. Sergio's race was compromised by the five seconds penalty for blue flags, but in the end it didn't cost the team points because Lance finished just ahead of him. The team called the race very well today and, in the end, there was little to choose between those two different strategies. The 22 points scored – our best result of the season – take us into third place in the championship."