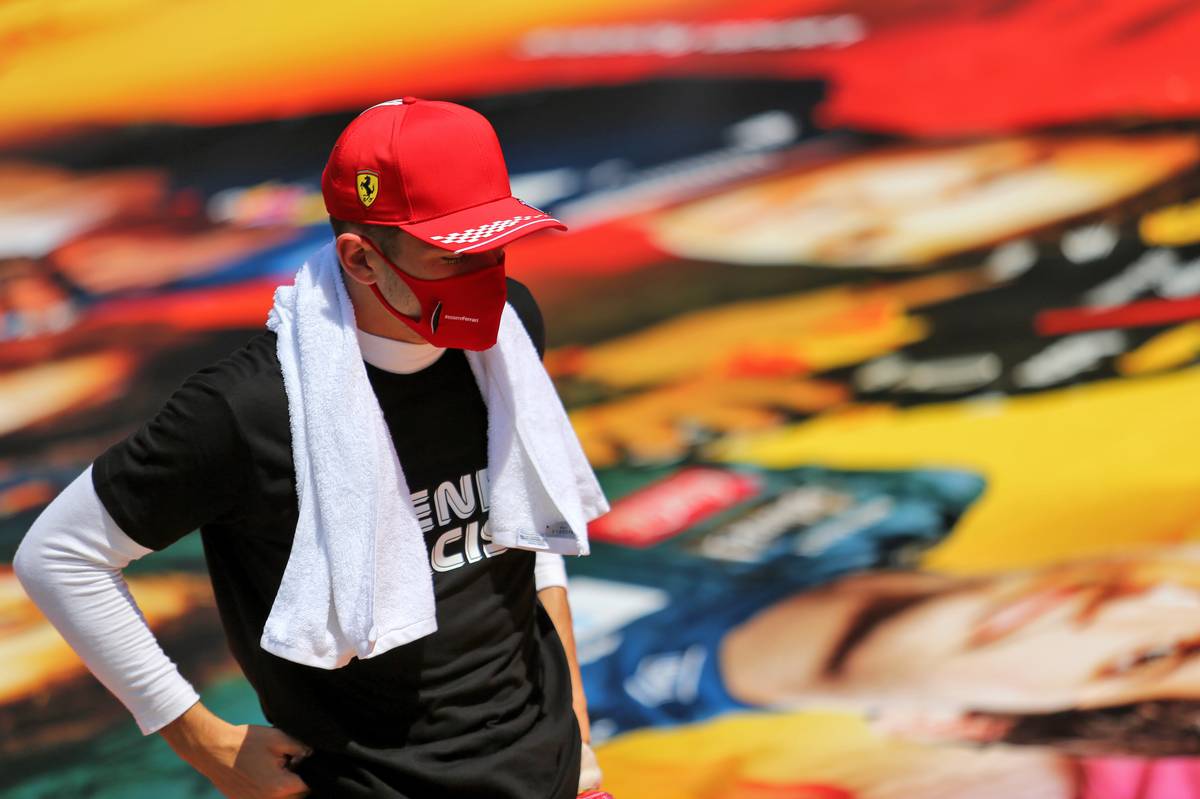 Charles Leclerc
“It’s a shame that we couldn’t finish the race today. I think we had a good chance to finish around P6 or even higher. We were very competitive on the softs and were also quick on the mediums, which we couldn’t fully show because of traffic. The plan was for me to do a one-stop and it was going quite well.

"Unfortunately, we had an issue around midrace. Suddenly my screen and engine switched off and the rear wheels locked. We are not yet sure what happened and are investigating the cause. The car eventually started up again, but it was already too late to continue because I had undone my seatbelts and had to return to the pits. Although this year is a little bit tougher than last, we are all motivated to bring home the best results possible for the team and we will keep working hard to achieve this.”

Sebastian Vettel
"Today we tried something different and it paid off. I was struggling in the first stint, even on medium tyres, while in the second one I felt a lot better, despite having the soft tyre for many laps.

"There was some rain forecast at some stage so we extended our stint on softs. In the end we were in a position in which we had nothing to lose, so we took the risk and decided to try and make it to the end. Luckily it worked and this result reflects the maximum we could do today with the car.

"There is still lots of work to do, but at the moment this is our true pace, that’s why sometimes we have to take some risks in order to have more or different options to finish ahead of our competitors."

Mattia Binotto, Team Principal
"A very disappointing weekend, not just because of the result, but also because of the way we managed it. In qualifying yesterday, we didn’t make the most of the potential at our disposal and we know how important grid position is on this track where overtaking is so difficult.

"Despite that, in the race we had a genuine chance of fighting for fourth place with Charles, but a reliability problem put him out of the running. A malfunction in an electronic control unit resulted in his car shutting down, causing him to spin, effectively ending his race.

"Sebastian moved up the order well, showing great tenacity and driving very cleanly: doing a 36 lap stint on used Soft tyres is quite something. The same observation goes for him as well as for Charles: starting further up the grid he could have aspired to do better than seventh.

"We have dropped out of third spot in the Constructors’ classification, even if by just a few points. We must always get all the potential out of our car if we want to achieve this goal and we must continue to work hard to close the gap to those who today were out of reach for us, namely the only three cars that completed all the laps of this Grand Prix."