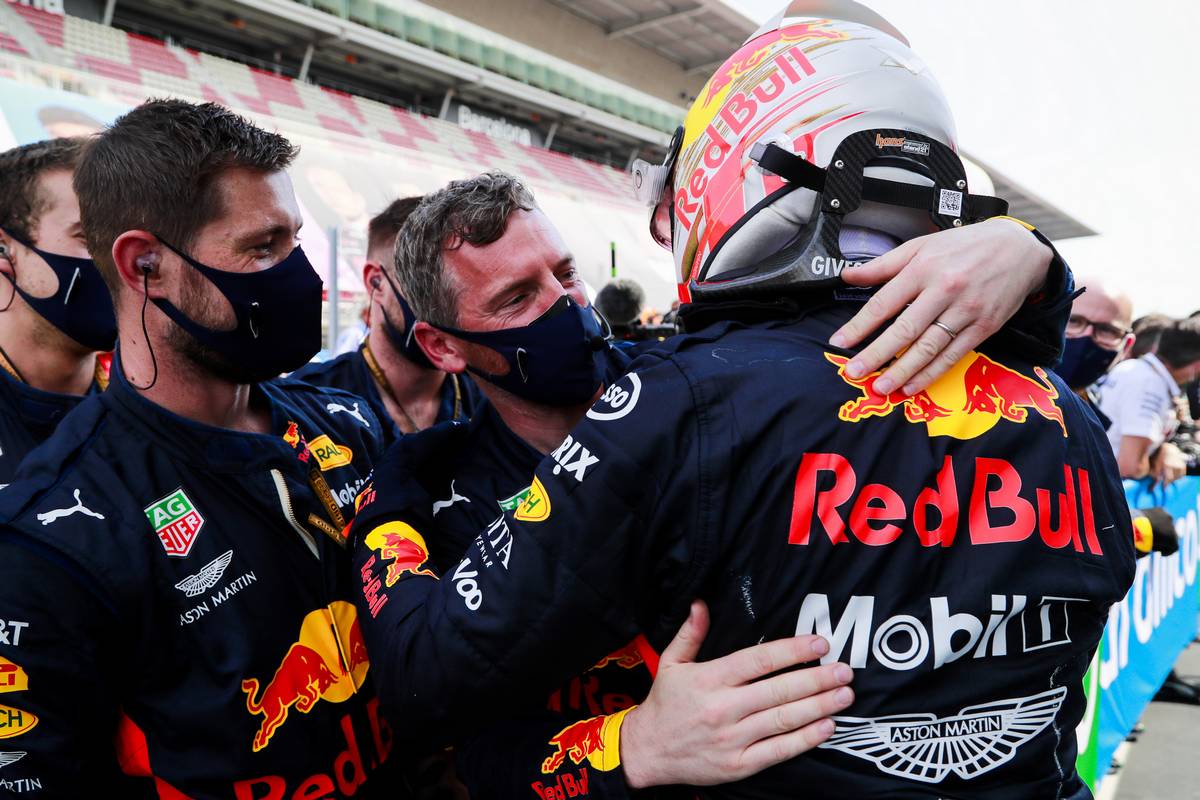 Alexander Albon
"It was a hard afternoon and I'm not happy with my race. It was really tricky out there and I just didn't have any grip on any tyre compound. Each stint I was nursing and looking after the tyres but after six or seven laps I just had no grip. It was frustrating and the opposite to Silverstone last week. No matter what we did we just really struggled to keep the tyres alive. It hasn't been an issue this year so we'll need to look at the data and see the reasons behind it because at the moment we just have question marks. I was struggling in sector three mostly, I couldn't stay close enough to cars ahead so I couldn't overtake and I was kind of a sitting duck. Now we need to understand why today was so different to last weekend in the race so we can come back stronger and improve for Spa."

Max Verstappen
"It's a great result for us to split the two Mercedes cars today after they have been so quick and I'm very happy with that. Overall, it's been another strong weekend with a good amount of points which we should be happy with. I made a good start and it was important to get past Valtteri early, which I did. I tried everything to stay with Lewis in the first stint but overall their car was faster and Lewis was a bit too quick today. From then onwards we focused on our own race and the car felt good. I expected some trouble from Valtteri towards the end when he pitted but I was happy with my tyres and he wasn't catching. Second is of course good but that's not why we are here, we are here to win so you can never be fully satisfied unless you do that. At the moment we're in-between the two Mercedes cars and of course we'd like to push Lewis harder but you have to be realistic as they still have the faster car."

Christian Horner, team principal
"Once again Max extracted the absolute maximum from the car today and to split the Mercedes, which was the faster race car, it's the best we could have hoped for. After making a good start, using the slipstream and getting ahead of Bottas into Turn One, Max settled into the race and on a two-stop strategy he pushed as hard as he could to keep the pressure on Lewis and stay ahead of Valtteri. For Alex, he made a good start but got boxed in at the first corner behind Valtteri and he then seemed to struggle with degradation on all tyre compounds. P8 was the outcome of that and now we'll need to go through all the information from the race to try and understand what created that degradation on the three compounds of tyre. The mechanics did a standout job once again today with more sub-two second pit stops and now I'm sure they are all ready for a well deserved weekend off before we head to Spa."