Next under F1i technical expert Nicolas Carpentiers’ microscope is the Renault R.S.16, whose delayed birth has made it a natural evolution of the Lotus E23. 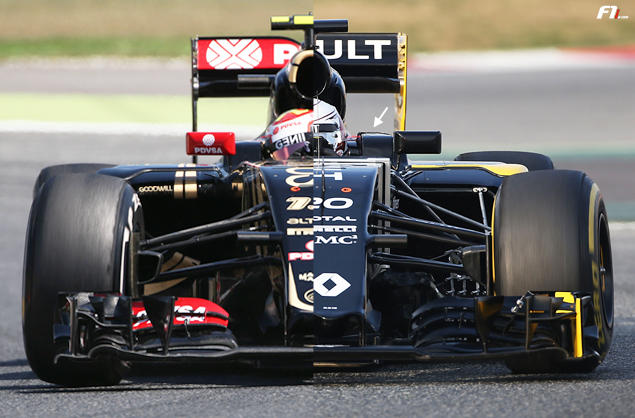 Miracles rarely happen in Formula One. In completing its buyout of the Lotus team less than three months ago, Renault could not arrive in Barcelona expecting to light up the timesheets with an entirely new and innovative car. Given Enstone’s dire financial situation in 2015, the outfit had only planned on fine-tuning the concept of its Mercedes-powered E23.

While naturally much welcomed, the French manufacturer’s commitment also made the engineers’ task harder, as they had to insert a Renault power unit in a chassis designed for a Mercedes engine, and all this within one month. For the second consecutive winter, the team changed its power supply and the deadlines were shorter than ever.

The R.S.16’s monocoque is new to meet the FIA's stricter crash-tests, but Renault’s 2016 challenger still stems from last year’s Lotus on the outside, though not on the inside. The transmission’s mounting points were revised and so was the cooling system, which received a major overhaul. Despite plenty of resources being poured into these changes, the engineers were still forced to reach compromises.

“We want a stable base to enable us to introduce developments through the year,” said chassis technical director Nick Chester. “The first iteration shouldn’t have any surprises but we’ll be working on a number of aspects to improve the car through the season as well as lay the groundwork for 2017 and beyond.”