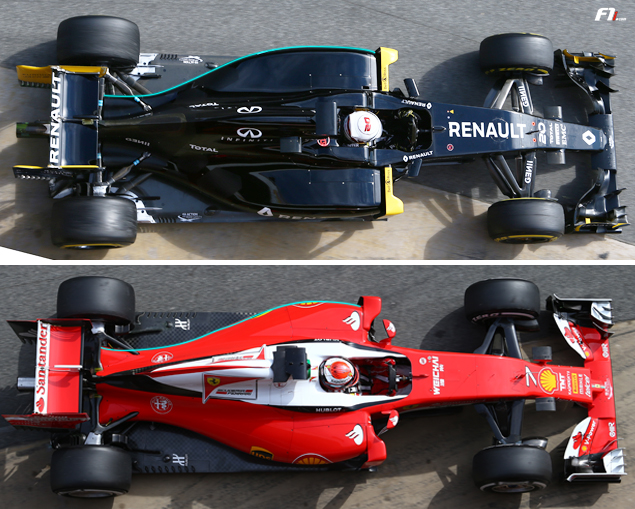 Under the engine cover, the Renault Energy power unit has been paired with a new and more curved airbox. This shows that engineers at the Viry factory have been busy working on engine admission. However, the overall architecture has not been revised, with the compressor and turbine still positioned side-by-side at the back of the unit.

“We worked in particular on the combustion chamber and the turbo to bring additional performance without sacrificing reliability,” said engine technical director Remi Taffin. “The power unit we will use in Melbourne is a continuation of the work we started last year and some add-ons push the concepts further. We also have some other areas we are working on so there will be further refinements coming throughout the season.”

While all other cars – including the Renault-powered Red Bull RB12 – feature a three-tailpipe exhaust installation at the rear, Renault has only added one extra pipe for its wastegate (see white arrow on the picture below).

In the end, the new Renault is a fairly conventional F1 car that does not feature yet some of the radical concepts seen across other works outfits (see the comparison with the Ferrari above). It is fair to stress that, given its delayed and complicated birth, the R.S.16 does not showcase the French manufacturer’s prowess and ambitions.

Renault’s main focus at the moment is less to produce a winning car than to build a strong structure with solid foundations, which in turn will be able to deliver a genuine contender. Between Enstone and Viry, Renault engineers are already busy working on the tools that will allow them to take a significant step forward in 2017. 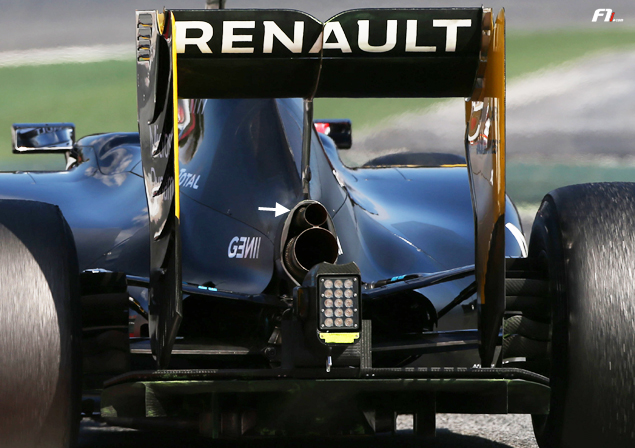 A closer look at the Red Bull RB12

A closer look at the McLaren-Honda MP4-31