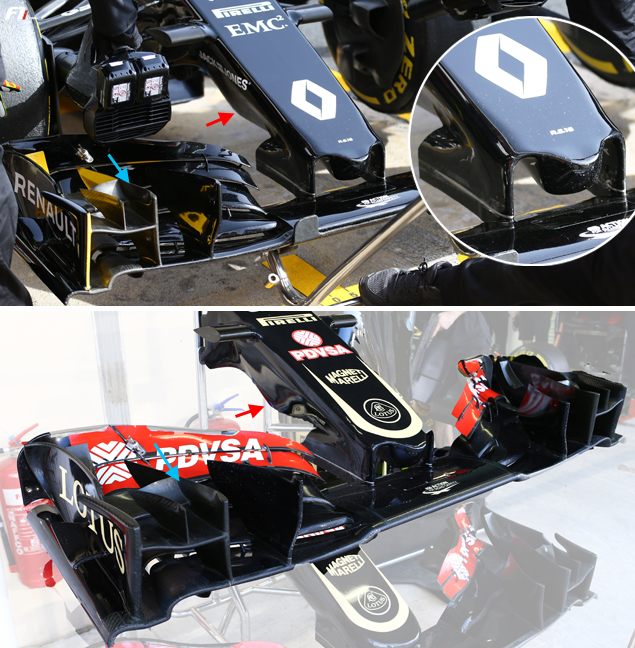 The Renault nosecone is identical to the design Lotus introduced at the 2015 Abu Dhabi Grand Prix. Breaking away from the Mercedes-esque flat layout, Enstone has gone for a thumb nose with a short tip. The rationale behind the new installation is to create a bigger opening and allow more air under nose.

The lower part of the new design is still protruding like a pelican’s beak, while an upgraded front wing should be introduced to replace the 2015-spec version seen at the first pre-seson test.

This conservative approach does not come as a surprise, considering the fact that the team’s top priority is to get its power unit in order, both in terms of cooling and integration.