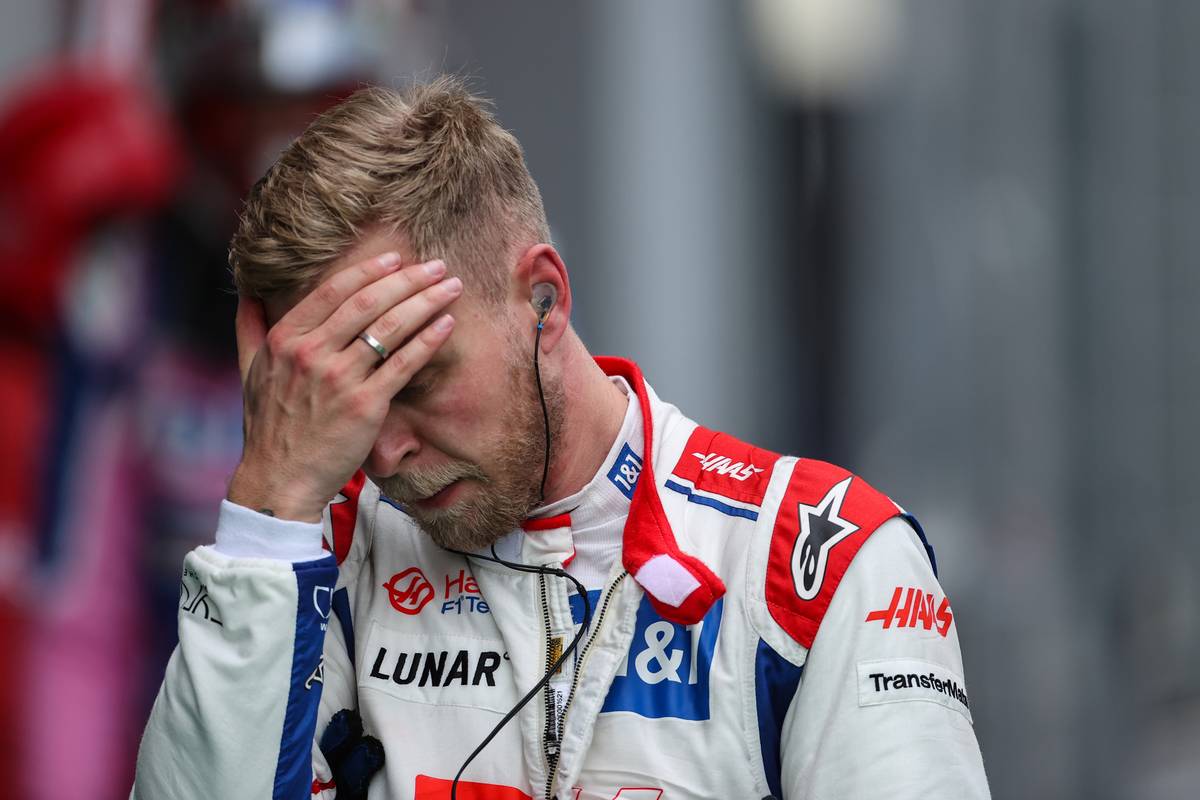 Kevin Magnussen
“We scored points again – both yesterday and today – so that’s a good weekend. When we qualified P4, hopes were very high at the beginning, but we’ve got to be realistic as well and getting away with points in both the sprint and the main race, that’s a decent weekend. At the beginning of the race, I was on intermediates and got up to P5 and the pace was pretty good. Then the track dried up and we were a bit late to come in for slicks, so we got undercut by a couple of people. We came out and fought for points – got two today, three points over the weekend – so it was pretty decent.”

Mick Schumacher
“Unfortunately, I lost our position right at the beginning and then had to recover from there. It was quite difficult, the Williams was very quick in the straights, so no chance for me there to get by. We were hoping we had more pace. It was quite unfortunate, but we live and we learn, we try to look ahead and do it better next time.”

Guenther Steiner, team principal
“We would have wished to have got a little bit more today but after four races, and three with points, we took something home and I think there is more to come. It wasn’t an ideal race for us with Mick spinning on the first lap, which put him to the back, and with the field like it is now recovering is almost impossible. Kevin was fighting hard, was going well on the inters and then on the dry tyres – we were just not fast enough for the others. We scored three points over the weekend – from the Sprint yesterday and the grand prix today, so we need to keep on working and get ourselves in the position to be the at the other end of the midfield, not at the back.”