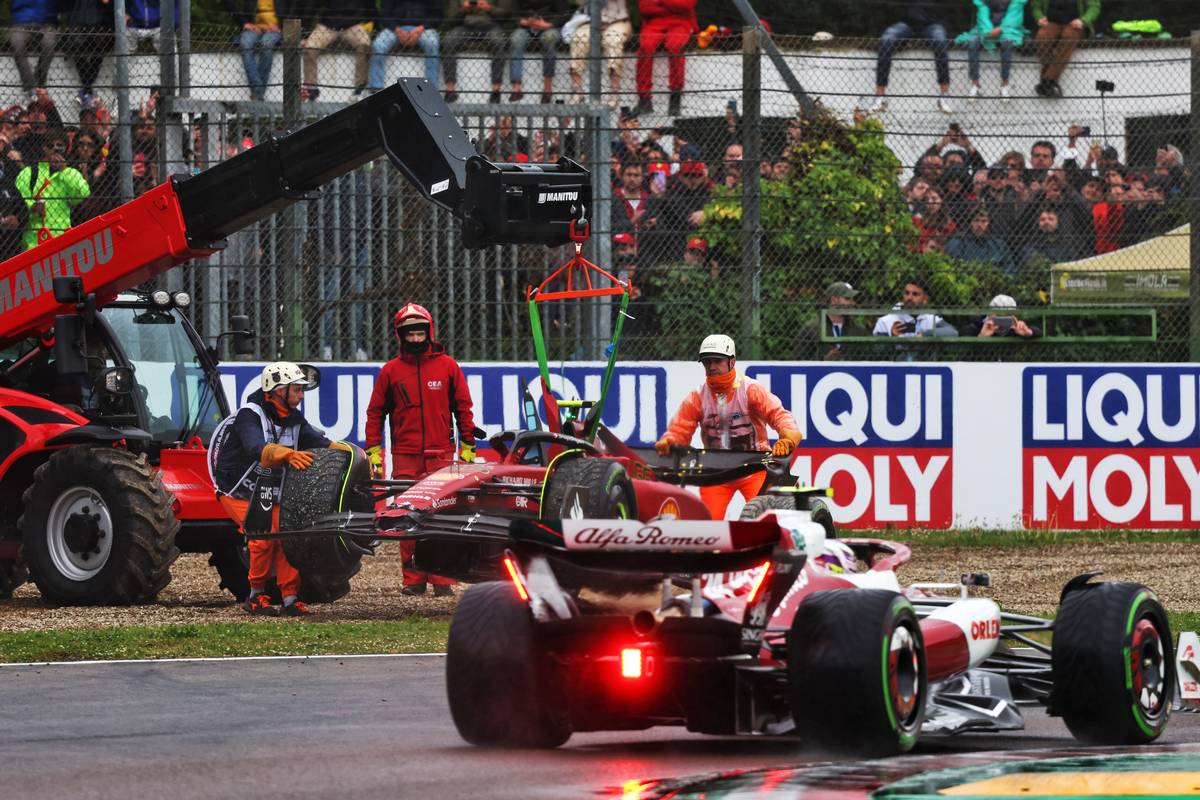 Charles Leclerc
"It was a very tricky race. Third was the best result we could have secured today, as our competitors were very strong. I struggled on the Soft tyres but when I saw an opportunity to overtake Perez for second, I went for it, pushing a bit too much, when I should have stayed put to secure those points. We will analyse all the data and come back stronger."

Carlos Sainz
"This was an unlucky day. I braked well into turn 1, leaving enough space to my left, but unfortunately Daniel (Ricciardo) lost control of his car a bit and hit me from behind, throwing me into a spin and into the gravel. It’s a big shame because we were up for a good race, but there is nothing else I could have done differently at that point to avoid it.

"It’s tough to take, as today I wanted to have a good race in front of our fans. For the last two races things haven’t gone our way at all, but I’m still confident we can turn it around. There are many races ahead of us and you can be sure we will keep pushing. On to Miami."

Mattia Binotto, Team Principal
"Of course we are disappointed as we wanted a better result than this in front of all our fans. It was a difficult race. Our drivers did not get perfect starts, possibly being on the worse side of the track. Charles’ first pit stop was not the best either, which meant he was back out on track without the gap that might have allowed him to fend off Perez and then he made a mistake trying to overtake him.

"Carlos was very unlucky at the start and for the second time in a row, he was unable to finish the race. It’s a real shame, not just because of the points lost, but also because he’s completed very few kilometres in the last few Grands Prix. Nevertheless, we will not lose heart and we will continue to work calmly. We wanted to give the fans something to cheer about, as they packed out the grandstands and the fields with a sea of red to support us here at Imola. Naturally, we are disappointed not to have managed that, but there will be other races and opportunities to put a smile on their faces.

"Now we look forward to Miami and a new track, which makes it an even more compelling prospect. We will continue to work hard to extract all the potential out of the F1-75 and to optimise the updates that we will be introducing in the coming races."