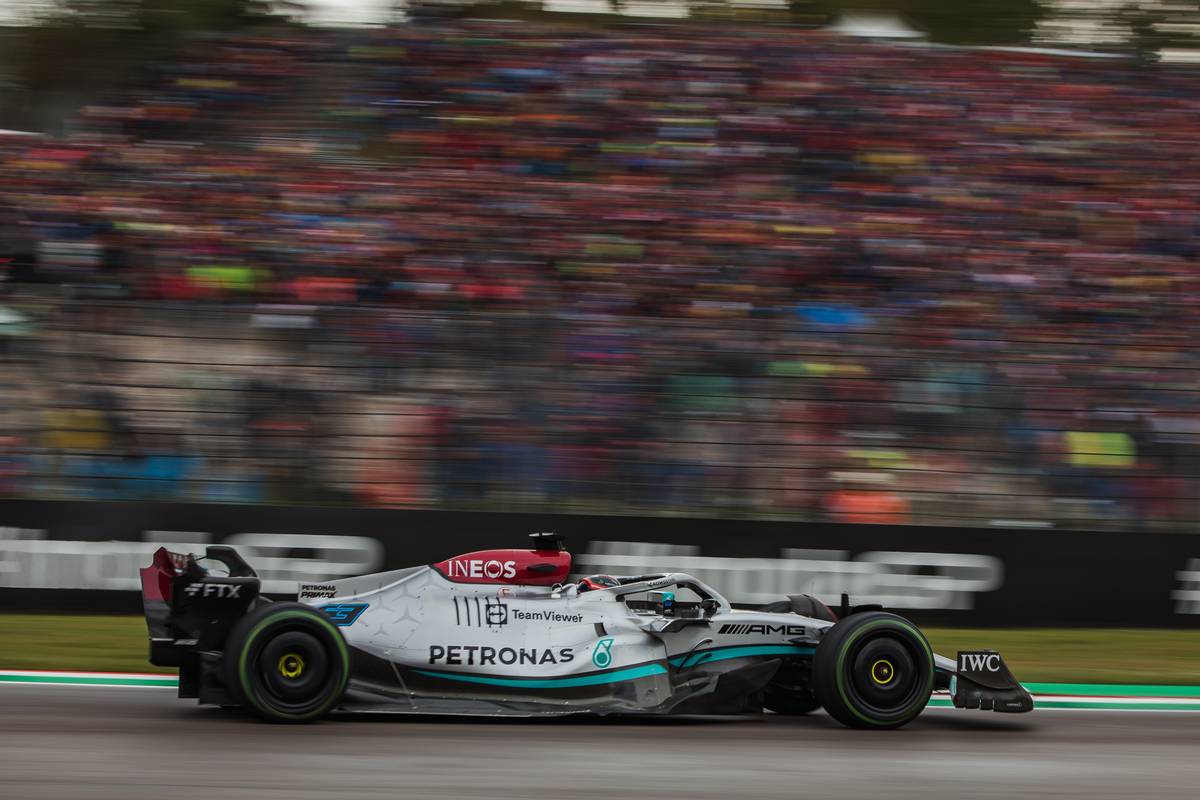 Lewis Hamilton
"This was a weekend to forget, that's for sure. Behind Gasly, we both had DRS so it was impossible to overtake, and I lost a few places in the pit stop. This weekend, everything that could go wrong did go wrong. We live and we learn, and there's not much else to say. I'll keep working as hard as I can to try and pull it back together, somehow. I hope for a better weekend in Miami, it will be difficult but I'll try and get myself in a positive headspace for the next one."

George Russell
"I'm relatively pleased to maximise the points available this weekend. Whether we're getting the most out of the car is a different story and I do think things have fallen slightly in our favour with these first four races. I'm really happy with this P4, but if we want to sustain this position in the championship, we need to find more pace. We've got these overall limitations with the car with the bouncing, and we know that we are struggling with the tyre warm up and this is the coldest race weekend we've had by far this year. I think it's been a bit of a trend since Bahrain, we've progressively gotten a bit slower in qualifying, and I think that's because Bahrain is the hottest we've experienced so there was no problem with tyre warm up. Then we want to Jeddah, and it was still hot, but the track was a bit smoother. Melbourne, a bit cooler. Here, very cold. And that's when you see the McLarens, Alpines, and Haases coming into their own but then struggling a bit more in the race. We need to find a better compromise because we were fortunate today, we had a decent result, but ultimately, we were starting far too low on the grid."

Toto Wolff, head of Mercedes-Benz motorsport
"What is clear from the entire weekend is that we have work to do to deliver our drivers a quick enough car. We saw with George what our car can do in clear air but it's still not good enough. We missed out on adjusting George's front flap at the pit stop due to an issue which meant he had a car that was setup for wet for the majority of the race so a great drive from him to hold on the P4 at the end. For Lewis, it was a simple case of us not giving him the tool he needs. He was squeezed by the Alpine, and undercut at the pitstop, which left him in a DRS train where it was impossible to overtake with our car. We are not producing a car good enough or worthy of a World Champion like Lewis so we need to look at things for Miami, make a step forward in our understanding and bring development to the car to fix our issues."

Andrew Shovlin, chief race engineer
"A great drive by George saw us salvage some useful points for fourth place from what has otherwise been a thoroughly disappointing weekend. He made a really good start and managed the transition to dry very well. We had an issue with the front wing adjusters at the pitstop and he ended up driving the dry stint with the wet aero balance. It was an impressive effort to keep Valtteri behind but the understeer prevented him from being able to close down the gap to Lando so he had to settle for fourth. Lewis has had a tough weekend from start to finish through no fault of his own. The start was OK and he'd moved up to eleventh after Daniel and Carlos tangled but we got undercut on the transition by a couple of cars, lost a bit of time with a slow stop and then to Esteban who was released into Lewis's path as they left the pits. The next 44 laps were very frustrating as he was stuck in a DRS train and it was impossible to get through. We know where we are on performance right now and we know where we need to get to. However, there are a couple of major issues with the car that if we can fix, we can find a lot of that gap quite quickly but time is getting critical now and we need to move forward in the next two races if we are to keep the leaders within any kind of reach this year."