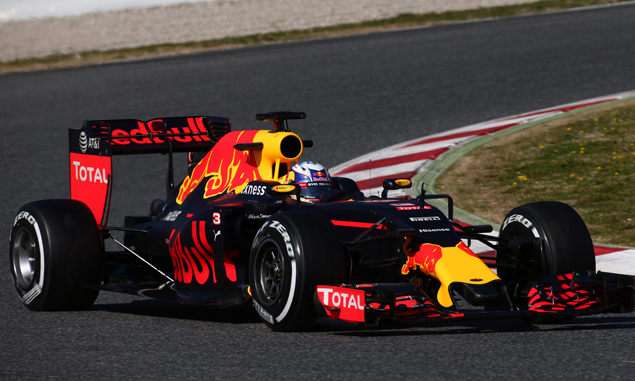 Danil Kvyat (9th, 1:25.141, 121 laps)
“We almost got through our complete programme for the day, which was very useful and I feel we are ready for Melbourne. We had a couple of small issues today but nothing significant and it was a good final day. As for what we can expect in Melbourne, to be honest I have no idea! I’ll go there with no expectations and I’ll just do the maximum possible. These few days of testing have all been just about trying to make a better car, for myself and for the team, nothing else matters. We have done everything we can on our side and now we’ll see what happens.”

Guillaume Rocquelin, Head of Race Engineering
“Dany’s final day was pretty much a mirror image of yesterday’s running with Daniel. We began with a lot of pit stop practice, which again went very smoothly, so that kept us from proper running until around 11. After that we did some more aero work and short runs until lunch and then we completed a race simulation. We had a small niggle later in the afternoon that kept us in the garage for a little while, but overall it was as successful as yesterday, with Dany just 14 laps shy of Daniel’s Wednesday total. In terms of performance there were some guys out there chasing a lap time today, which was interesting, but all through these tests we have just been focusing on getting well prepared for Australia, so we’re still a little in the dark as to where we are in terms of performance, but we’ll find out soon enough.”