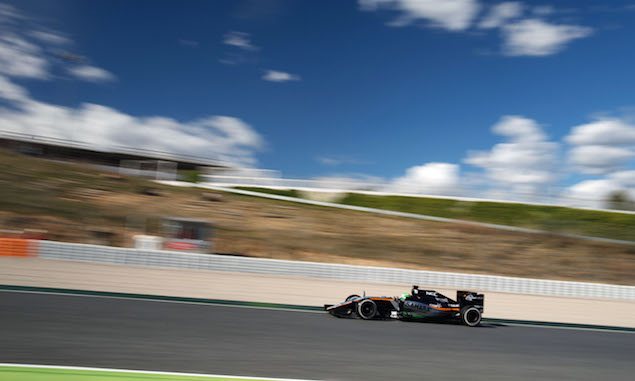 Nico Hulkenberg (3rd, 1:23.251, 137 laps)
"137 laps was not a bad way to finish my pre-season and today gave us a lot of indications about the tyres, including the new ultra-soft compound. They are grippier, a step forward from the super-soft, and we will need to learn how to make them work well. I feel we are as prepared as we could be, having gone through a few very productive days with no major interruptions. We went through our full test list again today and now we need to see where we pan out once we get to Melbourne. I see a lot of potential in the VJM09 and I know there is quite a lot in the pipeline, coming later in the season. It's very encouraging and I can't wait to get back to racing again.”

Tom McCullough, chief race engineer
"Once more, a positive day with lots of running and a full testing programme completed. It was Nico's final time in the VJM09 ahead of Melbourne so it was important to maximise our work with him and to give him as much time in the car as possible. The morning was quite busy: we continued the aero correlation work we have been carrying out during the first few days, running with test sensors fitted on the car in the first hour. The rest of the time before lunch was devoted to general set-up work, with shorter performance runs. After the break, we went on several long stints and, despite the interruption brought by a red flag, we were still able to gather a lot of useful data. We were also able to work with the softer end of the compound range and we had our first running on the new ultra-soft compound, so we will have plenty to analyse ahead of the final day tomorrow."