F1i technical expert Nicolas Carpentiers provides you with images and explanations of the technical concepts and upgrades spotted at the Australian Grand Prix. 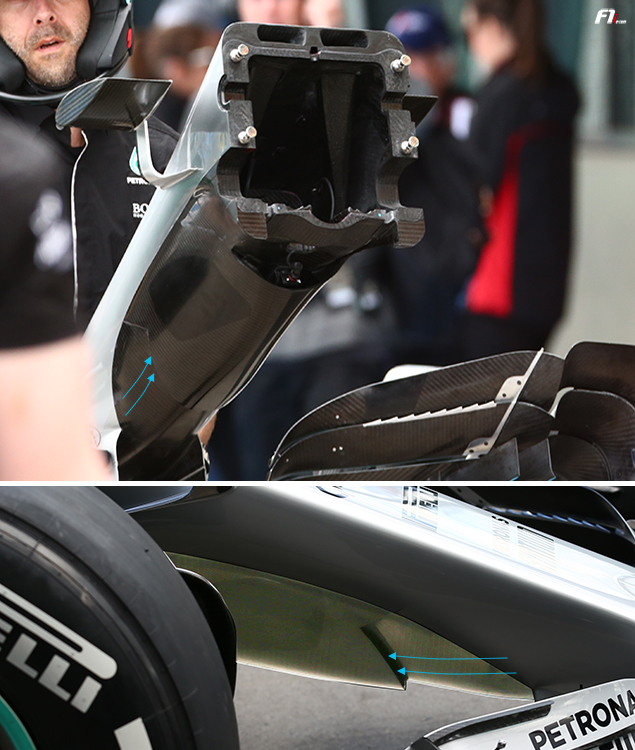 Reigning Constructors’ champions Mercedes waited until 2016 to fit an ‘S’-duct to their car for the very first time. As a reminder, the system was first devised by Ferrari in 2008 before Sauber made it trendy again in 2012.

Usually, the two small apertures allowing the airflow in are pierced at both ends of the monocoque. The air then climbs upward through an internal ‘S’-shaped duct attached to the chassis before it is spat out through an outlet located ahead of the section where the nosecone and monocoque meet. This is for instance the case on the McLaren and Force India.

However, the ‘S’-duct has a slightly different setup on the Mercedes W07, where the lower nose section houses the inlets feeding the system. The air is then channelled upward via two fairly long ducts, which exit though a pair of rectangular holes, as outlined below. 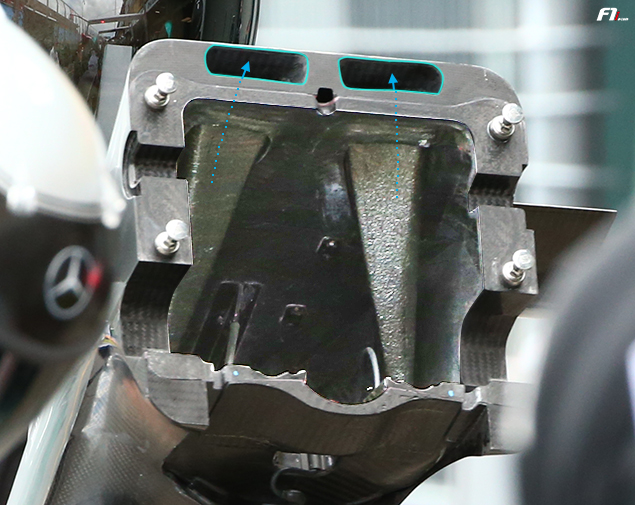