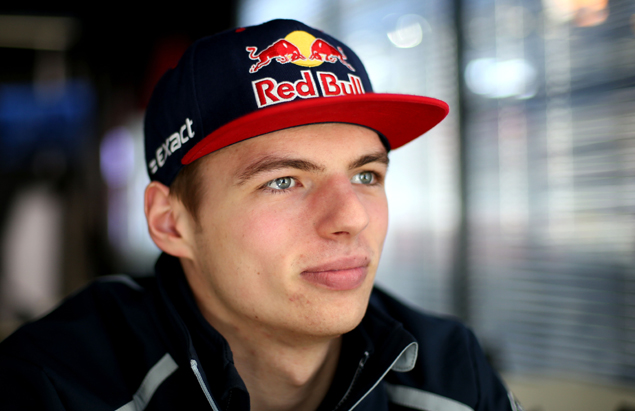 It was not hard to envisage Max Verstappen driving a Red Bull. Yes, the 18-year-old’s promotion has come earlier then expected, but there has been a feeling since his first race for Toro Rosso that his path was already mapped out.

It was a cool, calm and remarkably mature Verstappen who burst on the scene at the start of last season, but quite quickly that demeanour started to change. Think of Singapore - where Verstappen failed to yield to team-mate Carlos Sainz despite a team order to do so - or in Australia this year where the Dutch driver was clearly annoyed with Toro Rosso for its strategy as he ended up behind Sainz on track.

Personally, what was most telling about Verstappen was his confidence - bordering on arrogance - in pre-season that he already knew he was going to be in a top car next year. The confidence came from the fact he clearly expected to continue to impress this season, and the arrogance from the impression he knew he could get into another seat even if he didn’t.

“Of course there’s only one seat available up there (at Red Bull) but I’m very confident, I know my contract and it’s all looking very positive,” Verstappen told me in pre-season.

And asked if the experience of last year had at least left him with less nerves heading in to 2016, Verstappen cooly replied: “Definitely.

“I know what is in my contract, so I’m very happy I can do another year here and then you guys will see what happens next year… Of course you want to move up.” 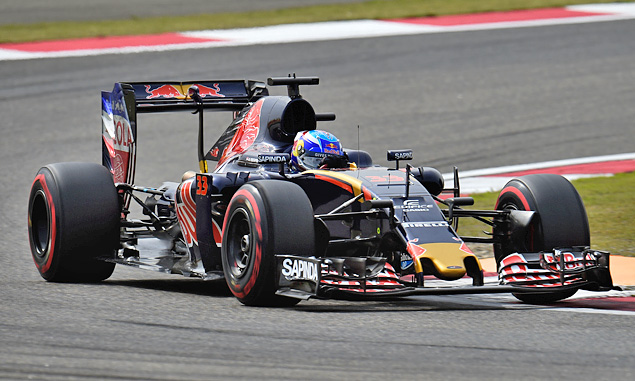 The doors certainly appeared to have opened at Ferrari, where Jos Verstappen will have been willing to let Red Bull know he could take his son if a promotion in 2017 wasn’t forthcoming. Mercedes, too, was openly interested in Verstappen in the past.

Then came a poor start to the season from Daniil Kvyat in the second Red Bull, something Kvyat had said he was keen to avoid having also struggled in the first five rounds of 2015. The Russian’s admission he was at a loss to explain his lack of performance in Bahrain was followed by a strong recovery drive, but China’s podium papered over the cracks.

Had Daniel Ricciardo not suffered a puncture early in the race, the seven-second gap at the chequered flag suggests he would easily have finished second and comfortably ahead of Kvyat. Even Kvyat himself later admitted he had sent a message to Red Bull on team radio after the race, understanding the pressure was on.

That pressure reached breaking point at the start in Russia, where Verstappen was later poised to finish comfortably in sixth place before a power unit problem forced his retirement. Had the Toro Rosso crossed the line in P6, Verstappen would have the same number of points as Kvyat in the standings right now. 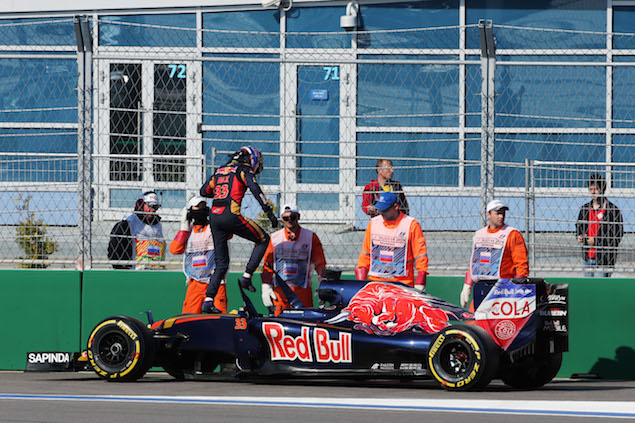 Demotion to Toro Rosso seems harsh on Kvyat, but it is more than many Red Bull youngsters have received in their respective careers. It’s likely to be at least one foot out of the door, but it’s a door which certainly hasn’t been locked behind him yet. And while tough on Kvyat, just based on what you know each driver can do so far, which two would you pick as the Red Bull line-up out of the four available given free choice?

In the second Toro Rosso, Sainz has had bad luck and misfortune in bucketloads in his short F1 career, but it is always more than the facts that influence such a decision. It is also made up of a feeling, of confidence (or a lack of it) that a certain driver will deliver what the team is looking for. Kvyat’s exciting performances have been few and far between, and as Helmut Marko says there have been too many downs for a top team to tolerate.

Verstappen did not need time to get comfortable with F1 or with Toro Rosso, and the regularity with which he tends to excel would suggest he will be fully at home and ready to take advantage by the time Renault’s much-anticipated power unit update arrives in the back of the RB12 at the Canadian Grand Prix.

Promotion to Red Bull was one of Verstappen’s aims, but when asked pre-season what to expect from him this year he delivered an answer that betrayed his huge self-confidence.

“Hopefully another spectacular season. I think that would be the most important thing.”

Verstappen’s season just gained the ability to become even more spectacular, and you get the sense he won’t pass up on the opportunity…

FEATURE: Hamilton, or when a picture is not worth so many words