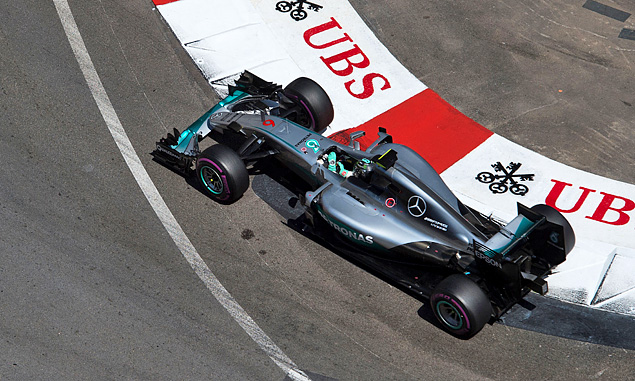 Lewis Hamilton
"It's hard to find the words right now. I was the quickest out there today - but unfortunately the problem at the start of Q3 meant I couldn't use that pace. I did my best with the lap that I had and I'm really pleased with that. My final attempt was what should have been my banker lap, so at least I'm starting third when it could have been tenth. For tomorrow, Red Bull have done something different by putting Daniel on the SuperSoft. I'm not sure how that will play out - but the compounds are pretty similar so I don't think being on the ultrasofts will give us an edge at the start. If Daniel can get into Turn One ahead he just has to sit there, make his car as wide as possible and make those tyres last while we're all battling away scrubbing our tyres behind him, as it's almost impossible to overtake here. Even the softest tyres are pretty hard, so it should be an easy one stop strategy if it stays dry, which makes it tougher. Hopefully we'll have some rain to mix things up a bit. The last time I started third here was in 2008 and I won that race. Starting from there I thought my chance was gone before I'd begun - but in the end it was a great race, so let's see. Anything can happen."

Nico Rosberg
"I was really surprised when Daniel set his first quick lap in Q3. I thought "damn, that was really quick!" I tried my best to top that and was able to come a bit closer - but unfortunately it wasn't enough for pole. Red Bull and especially Daniel did a great job here today. Congrats to him on his first pole position - I'm sure it will feel special for him to have got it here in Monaco. But tomorrow there are still a few opportunities for us to win this race. At the start, Daniel is on the harder tyre with a lower grip level, so I hope to maybe gain something there. When I was on the harder compound in China, he caught me at the start - so I hope it's payback time tomorrow and I can overtake him. I've been practising starts a lot over the weekend, so it could be exciting. I can't wait to race again on this amazing track."

Toto Wolff, Head of Mercedes-Benz Motorsport
"That was a messy session for us and we certainly didn't get everything out of it that we could have done. But that doesn't take anything away from Daniel's performance. He was blindingly fast on Thursday and again today - well done to him on his first pole. We had a smooth session until Q3 when both cars suffered a fuel pressure problem just before their first runs. With Nico, we held him in the garage and this delayed him getting out on track, putting him out of sync with other cars. For Lewis, it happened in the pit lane, so we told him to stop, recovered the car and had to adapt our programme. That meant Lewis only had time to make one run in Q3 - so he didn't have a banker lap time in place and we extended the final run so he could do two flying laps. All of those were compromises on his ultimate performance, so P3 was a great piece of damage limitation in the end. Nico did a great job to take P2 and made a good step between his two runs - but ultimately it wasn't enough for pole. Now we need to look ahead to the race. If it stays dry and Ricciardo gets off the line well, then he will be very hard to beat because track position is everything here. But if it rains, as the forecast suggests it might, then we could be in for a very eventful afternoon - and there will be opportunities for us to take advantage of."

Paddy Lowe, executive director (technical)
"A very tense qualifying session. We could see from FP3 that it was going to be close between ourselves, Red Bull and Ferrari. As it transpired, the balance swung between the three teams - with Sebastian quickest in Q1, Nico and Lewis in Q2 and Daniel ultimately taking pole in Q3. Our programme ran well until the beginning of Q3, when we experienced a fuel pressure problem on both cars - delaying Nico's first run and unfortunately costing Lewis one of his two planned runs entirely. We eventually sent Lewis out with enough fuel to attempt two timed laps and he did a great job to recover third position with what became a single timed lap. Both drivers performed well throughout and we've been left wondering whether pole was a possibility with a smoother session. But our attention now turns to tomorrow's race. It won't be straightforward - but there are still possibilities to get the win and we'll be working hard overnight to see where we can make the difference."