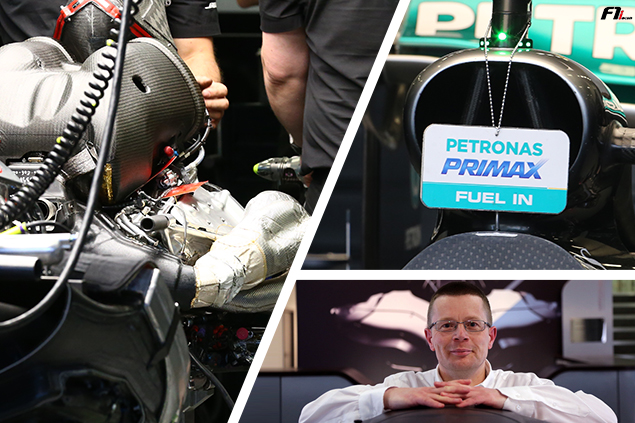 WHAT ABOUT THE COMPETITION?

If Ferrari has been successfully using the TJI technology, what about its rival engine manufacturers?

According to renowned journalist Mark Hughes, Mercedes would also have it, though the information has never been officially confirmed. A timeline has emerged about a group of engineers pioneering the concept (maybe at Cosworth) before everybody went their own way, some at MAHLE in Stuttgart, while other went to Mercedes engine department in Brixworth.

Mercedes would have incorporated the concept of pre-chamber as early as 2014, Hughes said. According to other sources, it would have only started using it from the 2015 Italian Grand Prix. One will remember that Mercedes introduced a major power unit at Monza that year, which featured a revised combustion process based around a new fuel from Petronas.

“It’s largely that the fuel is enabling us to make changes around the ICE,” said at the time Andy Cowell, the managing director at High Performance Powertrains (HPP). “This is where the majority is, three on combustion, there’s no rocket science there. The combustion aspect, particularly with the fuel, is a key bit [of the upgrade], but then there are some other enablers close to that, to put that whole package together.”

The B-spec version of the Renault power unit introduced at this year’s Monaco Grand Prix does not feature the TJI technology. However, technical director (engine) Rémi Taffin told German-language publication Auto Motor und Sport that the upgrade “was a step in that direction”.

“The three engine development tokens we spent were devoted to modify the combustion chamber and improve the ignition system,” he added. “We have been able to speed up combustion and delay the limit of knocking. This produces a higher compression ratio, so more power.

“More stable conditions in the cylinder and a more efficient combustion process means we can better set up the engine and smooth out the engine power curve.”

The Monaco upgrade, which is based around the D-spec engine introduced at the 2015 Brazilian Grand Prix, would have led to a 30bhp increase in horsepower and make the delivery more progressive. But with the Renault power unit still trailing its Mercedes and Ferrari counterparts, the next step will probably include a pre-chamber setup, as Taffin hinted when speaking to French-language magazine AUTOhebdo: “The other challenge will be to further prevent knocking, which amounts to improving combustion through injection and ignition processes, chamber designs, different fuels.”

As for Honda, the Japanese manufacturer has been considering TJI but has yet to integrate it, as Yusuke Hasegawa told F1i’s Chris Medland in Spa, where Honda unleashed a major power unit upgrade.

“As an engine company, we are always looking into new technology so this is an area we have studied,” the head of F1 project said. “Jet Ignition is one of them. It may be one option for the future, but we have not decided yet.”

Honda did pioneer a system of pre-chamber in the 1970s under the name of ‘Compound Vortex Controlled Combustion’ (CVCC) in order to reduce pollution emissions but technology in that field has changed a great deal since then and the Japanese constructor seems to be playing catch up on that front as well.

Nearly three years after the hybrid V6 power units and their high-tech energy recovery systems [ERS] were introduced in F1, it is quite interesting to see that current developments focus on the ICE, which remains key to extract chunks of performance as Taffin previously told F1i.

“The ERS and battery are obviously very important and must be top-notch, but these components are not actually generating performance in the first place. It all starts with the internal combustion engine.

“Energy recovery systems were a much talked about topic last year since these were new and could unlock four seconds per lap when working smoothly. At the beginning, we were finding seconds, then it became tenths and now only hundredths.

“We’ve come full circle in terms of efficiency, and are returning to where power originates: the ICE, which is the cardinal element in the performance cycle”. 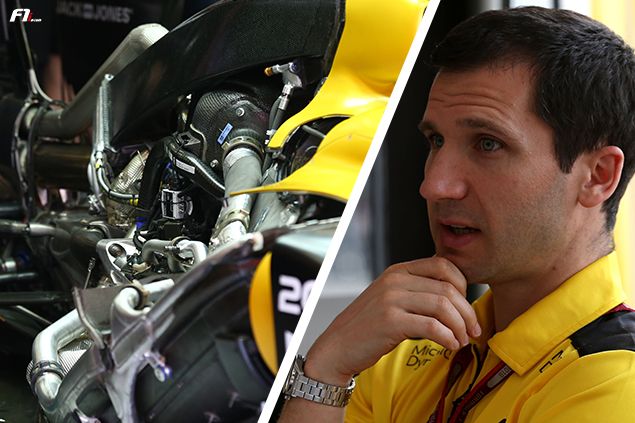