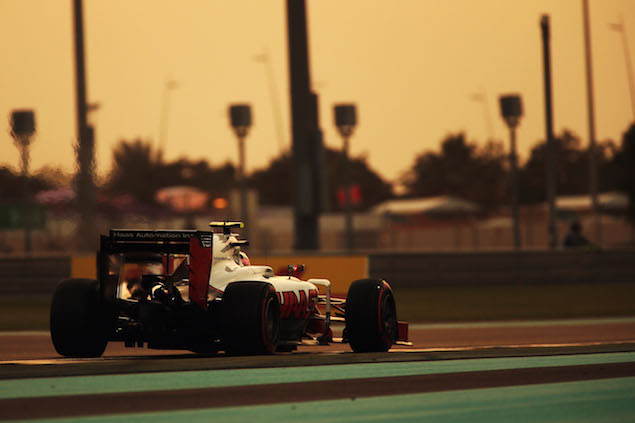 Romain Grosjean
“I’m disappointed with that qualifying session. Clearly, we were hoping for a bit better. We had a lot of problems yesterday and we were still hoping that we’d made the right decisions. We did as much as we could, but we need to get more understanding of the tires. I think we’re spending too much energy just to get all four corners working. It’s the same for everyone, so that’s where we need to focus. We’ve seen that when we get things right, like in Brazil, we’re very fast. When we’re not, we’re usually around 14th and 15th. That’s the number one priority for now. For the race tomorrow, I’ve got no idea what to think. I didn’t get to do any long runs. It’ll be interesting to see how it goes.”

Esteban Gutierrez
“It’s been quite a tricky day, starting with FP3 conditions where it was pretty hot. Obviously, it was important to understand how the conditions would change the balance of the car going into qualifying with it going into the night and temperatures dropping. I feel very grateful to have achieved this result for my team. My group of mechanics and engineers having been giving it their best efforts even though it’s quite an emotional weekend for all of us being our last race together. They deserve to have my best, and I’ll give them the best of my focus, attitude and performance.”

Guenther Steiner, team principal
“It was an average day. I think for the last qualifying session of the season we did a decent job. Two weeks ago in Brazil it was better, but still, we are in a position to get into the points tomorrow. That would be a nice finish to our first season together. There’s some work ahead of us and we will try to get it done.”