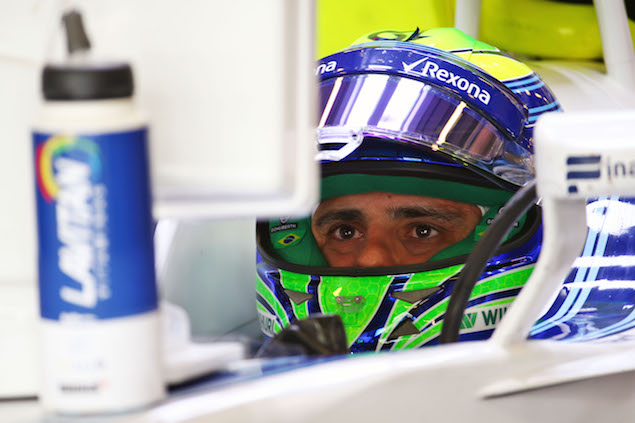 Valtteri Bottas
“Obviously I would have liked to have been in Q3, but for some reason I couldn’t get any extra grip from the ultrasoft tyre compared to the supersoft. The car felt very good with the supersoft tyre, but I don’t feel like we got the most out of the qualifying tyre. However, tomorrow is a different game. P11 gives me a free choice of tyres for the race, so that can open up opportunities. Lately, Force India have been finishing races ahead of us so it would be nice to end the season with a good result for the whole team and for Felipe. There’s obviously a title battle on the line up at the front, so that could create quite an exciting race ahead.”

Felipe Massa
“It definitely was not a very easy qualifying today, but I was happy with the result. To be honest, I wasn’t happy with the tyres but I just tried my hardest to set a good lap. I had a very good time in Q2, which was important. I definitely expected a bit more from my lap in Q3, but maybe I didn’t have as much grip in the tyres as Q2. We’re not far from where we expected to be and we will see what we can do compared to the other cars.”

Rob Smedley, head of performance engineering
“Felipe was more comfortable on the ultrasoft tyre than Valtteri today. It’s a shame Felipe wasn’t able to repeat his Q2 time to get himself into ninth rather than 10th. In Valtteri’s case, he just couldn’t get the qualifying tyre working. So, we’re 10th and 11th and that’s not where we want to be, but we won’t give up. We will keep pushing and do what we can. We’re in a position to get some points tomorrow and finish the season on an upward trajectory.”