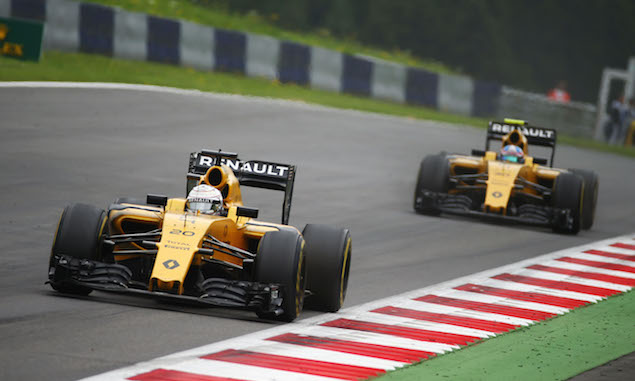 Renault’s return was a difficult one, and no matter how many warnings the team delivered ahead of the start of the year the season still has to be viewed as a disappointing one.

In pre-season, much of the talk was of how stable and predictable the car was, which would provide a stable base to develop from and allow Renault to target regular points. However, once racing got underway it became clear that was far from the case as the car proved a handful and inconsistent for both drivers.

Jolyon Palmer failed to start the second race in Bahrain and complained of handling issues which were resolved with a new chassis in Spain, one race after Kevin Magnussen took advantage of the early accidents in Russia to secure a strong seventh place for the team. That result would represent 75% of its total score during the season, as Renault slipped back the longer the year went on.

Understanding how far off the pace it was - and perhaps caught out by Haas’ fast start - Renault essentially wrote off 2016 in terms of car development as it looked to rebuild for the future. Baku was a low point as its two cars made up the back row, and Palmer then spun out of a point-scoring position in Hungary. All the while Red Bull showed what is possible with the same power unit.

Two tenth places in Singapore and Malaysia - one for each driver - came under the shadow of its plans for 2017, with both facing uncertain futures. Renault appeared to try and recruit every driver on the grid before finally turning to the two who had dealt with such a difficult season for the team, and it was an approach which annoyed Magnussen who turned down an eventual offer and opted to leave for pastures new.