F1i looks at how the top six teams performed over the 2016 Formula One season and gives them a mark out of ten. Click here for part one. 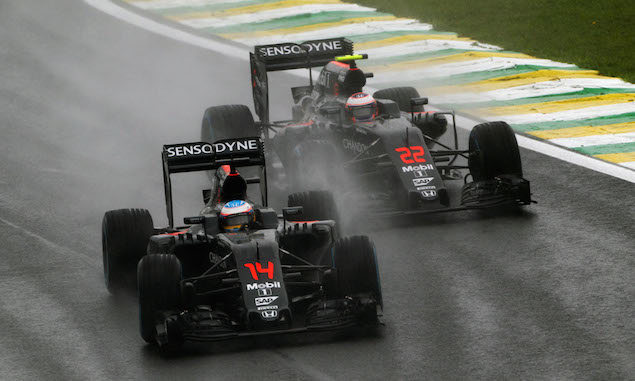 Granted, there was clear improvement from McLaren this season, but it just serves to remind how poor 2015 was for the team.

McLaren beat Toro Rosso by just 13 points over the season, and Honda felt it had a better power unit than the 2015 Ferrari by mid-season. Mercedes was making such a claim as early as April, which suggests McLaren at the very least had a power unit advantage over Toro Rosso for the majority of the season if not all of it.

With the switch from Max Verstappen to Daniil Kvyat clearly hurting Toro Rosso, there’s every chance McLaren would have been beaten in the standings were it not for the driver change, and with the facilities and resources at Woking, that’s a poor performance. Excluding last year, the last time McLaren finished lower than sixth in the constructors’ championship was 1980.

The year started in relatively encouraging fashion as the early part of the season saw consecutive point-scoring finishes in Russia, Spain and Monaco, with Fernando Alonso finishing in the top six in two of those races. However, the fluctuations from that point suggested the power unit was still lacking at certain circuits, but the chassis was also inconsistent.

Suzuka was the low point, when apparent momentum was abruptly halted as McLaren was simply uncompetitive and finished with both cars outside the top 15. While there was a good score in the USA, the final three races yielded just two points in total and McLaren will again be pleased to see the back of this year.