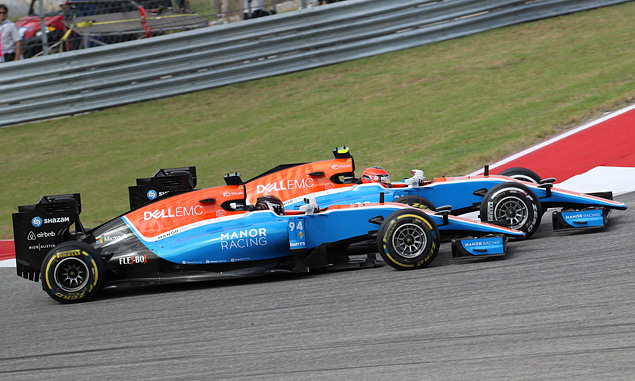 Once again, Manor finds itself finishing last in the constructors’ championship but it was so nearly a different story. Memories of 2014 were instilled by Pascal Wehrlein’s performance in Austria which saw the team secure a precious point which so nearly produced a different outcome.

The Manor of 2016 was a huge step forward compared to the previous year, when the team had to run a modified 2014 chassis and year-old Ferrari power unit. The switch to Mercedes power was obviously a big improvement in isolation, but then a small design team needed to produce a chassis capable of using it.

The performance in Australia was disappointing but Manor showed it was set for a much more competitive season in Bahrain as Wehrlein reached Q2. While Rio Haryanto did a solid job in the first half of the year, it was the introduction of Esteban Ocon in Spa that gave Manor such an exciting driver line-up.

There were missed opportunities such as Monza when Wehrlein had to retire having started from 13th, and ultimately the season ended in disappointment with Sauber overhauling it at the penultimate race. Sporting director Dave Ryan was sometimes unhappy at the team’s inconsistency, too - with other experienced team members such as Pat Fry involved, standards were high - but this was the season Manor joined the midfield, even if it still finished at the back of it.