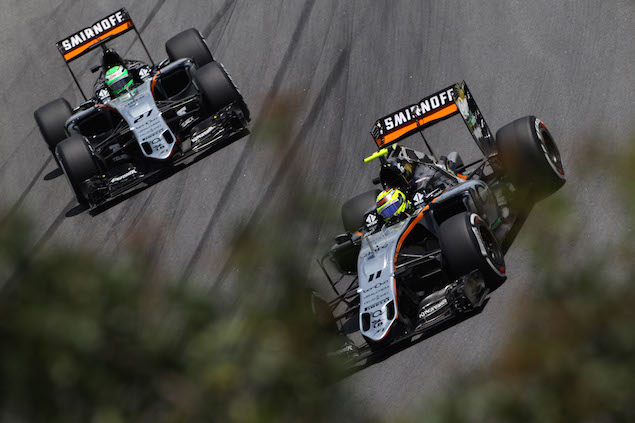 So often the pre-season stories are about Force India’s financial situation, and that was again the focus as the team rolled out a very similar car to its predecessor during testing. The signs were not encouraging in the opening four rounds as just eight points were scored, and then the B-spec was introduced in Spain…

From then on, Force India only failed to score at one race, and picked up two podiums in three rounds in Monaco and Baku, both courtesy of Sergio Perez. The car was quick everywhere and the team took full advantage.

There were further highlights such as both cars finishing in the top five at Spa-Francorchamps, while only on one occasion after the first three rounds did a Force India finish the race and not score points, with Perez finishing 11th in Hungary. That remarkable consistency saw the team easily overhaul Williams for fourth place, with the eventual gap in the standings growing to 35 points.

While Williams was strong at low downforce circuits, Force India remained competitive on all tracks and beating the team from Grove makes it the best Mercedes customer team on the grid. On a modest budget and with a small but effective team of engineers, 2016 was a hugely impressive season.