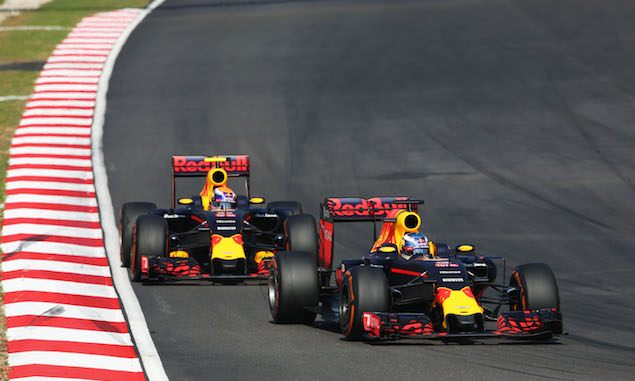 What a boring season 2016 would have been without Red Bull. A solid if unspectacular start to the season burst into life in Russia and provided plenty of memorable moments.

Daniil Kvyat’s podium in China saw the Russian defended by team boss Christian Horner for his firm but fair move on Sebastian Vettel at the start of the race, and with Daniel Ricciardo starting from second, suffering a puncture and still finishing fourth, Red Bull was emerging as a strong contender. Then the boat was rocked by Kvyat hitting Vettel twice in Russia, resulting in neither Red Bull driver scoring.

The team responded with the ruthless driver swap ahead of the next race, but it turned out to be a masterstroke as Max Verstappen duly won on debut. Two weeks later and - armed with a Renault power unit upgrade - Red Bull took pole position at Monaco courtesy of Ricciardo. It should have been two wins in a row but for a terrible pit stop error which handed victory to Lewis Hamilton.

Still, Red Bull had a strong chassis and a power unit capable of holding off a Mercedes when ahead. The RB12 was clearly strong and only getting stronger, with slightly disappointing races in Canada and Baku being followed by consecutive second places for Verstappen in Austria and Britain, the latter of which featured an excellent overtake on Nico Rosberg.

Red Bull would go on to finish on the podium in all but two of the remaining 13 races, including a memorable one-two in Malaysia - this time Ricciardo winning - after Hamilton’s power unit failed. But misfortune was not needed to allow Red Bull to worry Mercedes as it prevented one-twos in Singapore and Japan and was a threat in the USA and Mexico.

Brazil saw one of the finest drives of the year from Verstappen - albeit only good enough for third place after another strategic error - and although Vettel took third place in Abu Dhabi, his former team deservedly secured second in the constructors’ after impressive progress throughout the year.