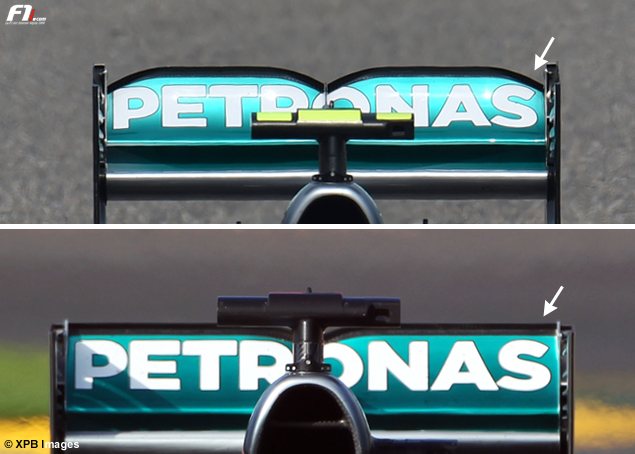 A DOUBLE DENT ON THE MERCEDES REAR WING

The defending world champions also updated its rear wing, although this was more of a tweak made to suit Shanghai International Circuit’s long straights than a brand new design. The wing was dented on both tips in order to reduce drag.

The rear wing is mounted quite high and creates similar levels of downforce as the front wing (around 25-30% each, while the remaining 40-50% comes from the diffuser). However, the rear wing also generates drag at high speed because it causes air resistance.

What’s more, the rear wing upwash creates turbulence in its wake. Following another car can thus be tricky, as running in “dirty” air reduces downforce and speeds up tyre degradation (this is what Nico Rosberg complained about during the race in Shanghai).