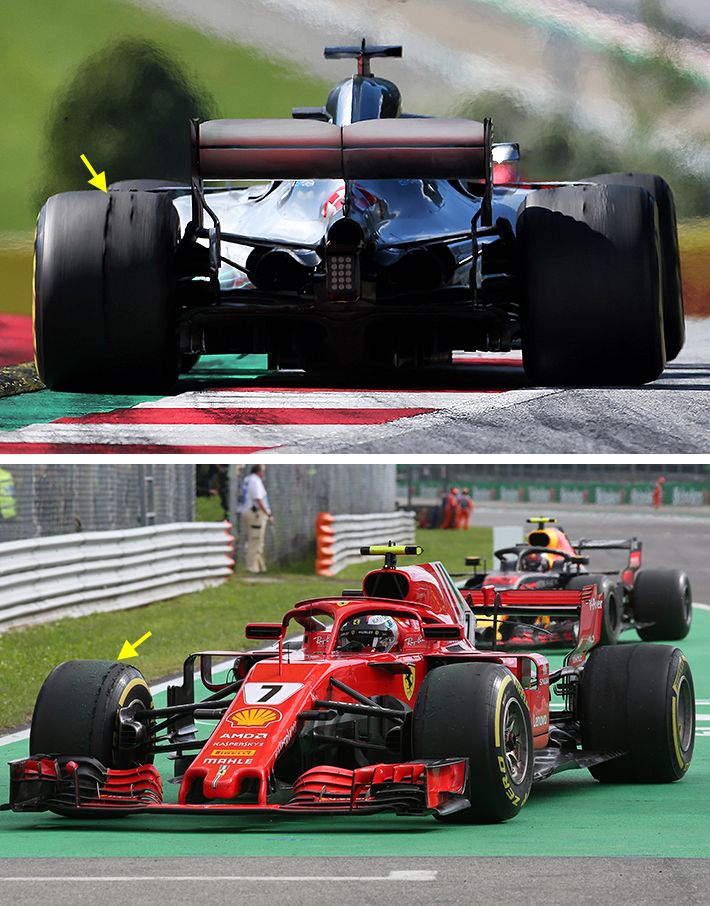 As always, management of the Pirelli tyres has been a cause for irritation among Formula 1's engineers. This season, the phenomenon of "blistering" disrupted several races (Austria, Italy for Kimi Räikkönen) and forced the drivers to save their tyres to the extreme. The Mercedes team appeared more affected than its rivals.

"Blistering" refers to the phenomenon which occurs when pieces of the tread break off the carcass. Under heavy lateral loads, the tyre warms up gradually. It can happen when an excessive rise in temperature changes the molecular structure of the rubber, eventually causing a blister or a small pocket of hot air in the tread. This blister, associated with the centrifugal force of the tyre, detaches the rubber.

To successfully avoid this phenomenon, the Italian manufacturer has decreased the thickness of the tread at some Grands Prix (Spain, Great Britain, France). This construction will be chosen for the whole of the 2019 season. A thinner tread decreases the lateral loads and, as a consequence, the problematic temperature rise.