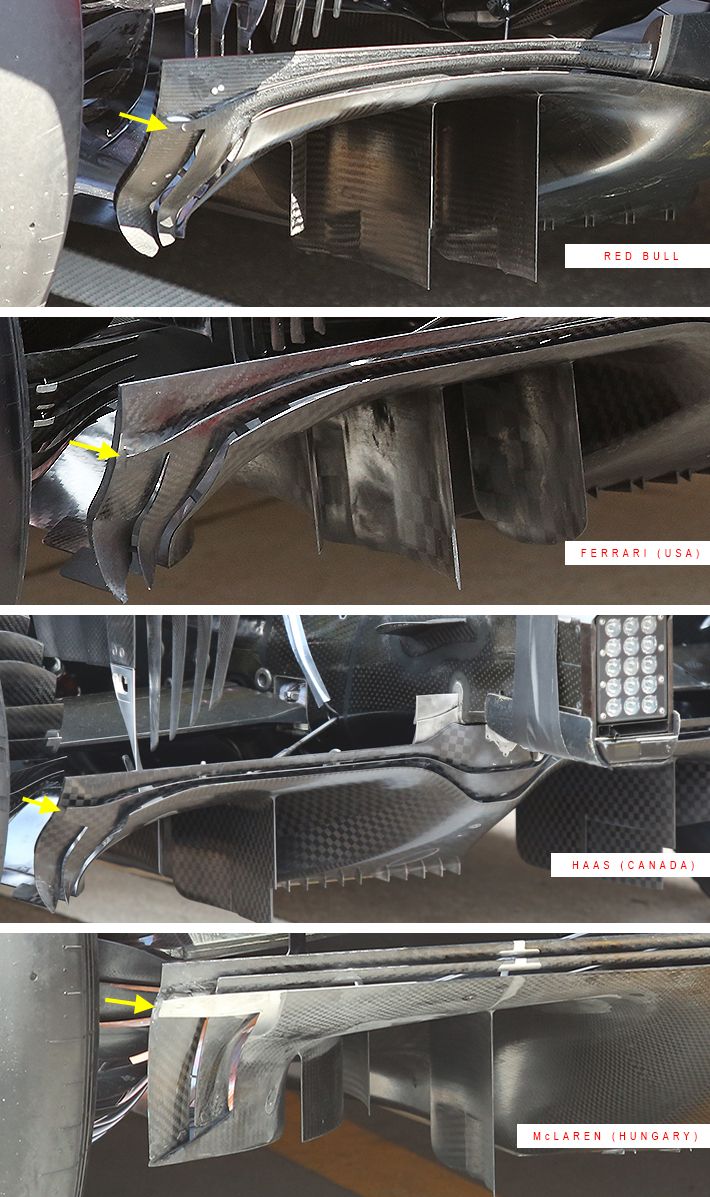 Over the course of the season, we saw several teams use a strip or tab on the diffuser.

The original design dates back to the Red Bull RB13 of last year. It was copied by Ferrari at the Grand Prix of Australia (before being copied more accutratley in Great Britain and the United States), by Haas in Canada, by McLaren in Hungary and finally by Force India in Singapore.