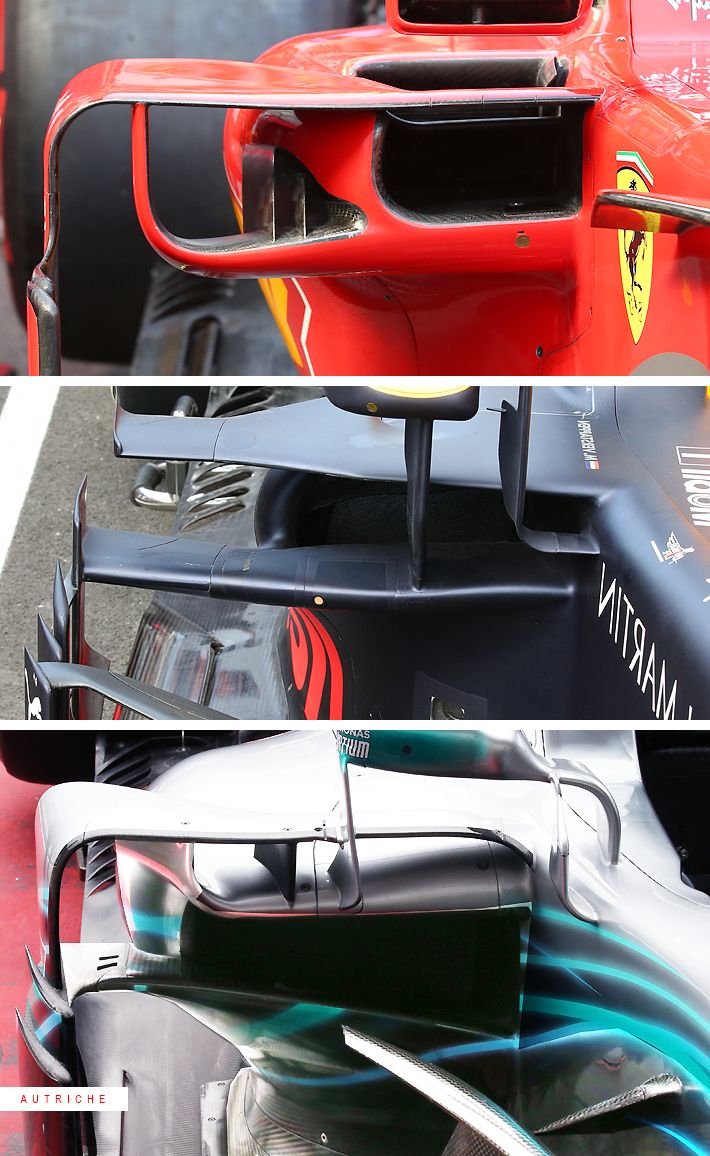 MERCEDES IN THE WAKE OF FERRARI AND RED BULL

Unlike the Ferrari, the Red Bull, the Haas and the Williams, the Silver Arrows display a classic configuration of the sidepod air intakes. Indeed, its side impact bars (i.e. one of the two carbon bars hidden under the bodywork to absorb shocks, marked in yellow above) is not lowered to the maximum permissible limit as is the case on the Ferrari.

In Austria, Mercedes did something similar to Ferrari while maintaining the positioning of its crash structures. While it was a new packaging, one noted that the the design of the interior air duct was slightly modified. On top of this, a vane was added, reminiscent of the one that could be seen on the Ferrari.

This lowering of the structure, started by the Scuderia on last year's SF70-H, makes it possible to clear more space under the sidepod air intake. However, the "undercut" performs an aerodynamically decisive task.

Raising the opening leaves more room for air to flow down the sides with sufficient speed and energy. This energized flux is used to keep the airflow attached to the body surface and thereby generates less drag, while helping the diffuser to extract air from under the floor.

The evolution seems to have increased the rear-end downforce and shifted the centre of pressure rearwards: "I could feel straight away that the rear was more stable" said Bottas. More loaded at the rear, the W09 has therefore been able to exploit the softest rubbers, whereas before it rather tended to overheat them.