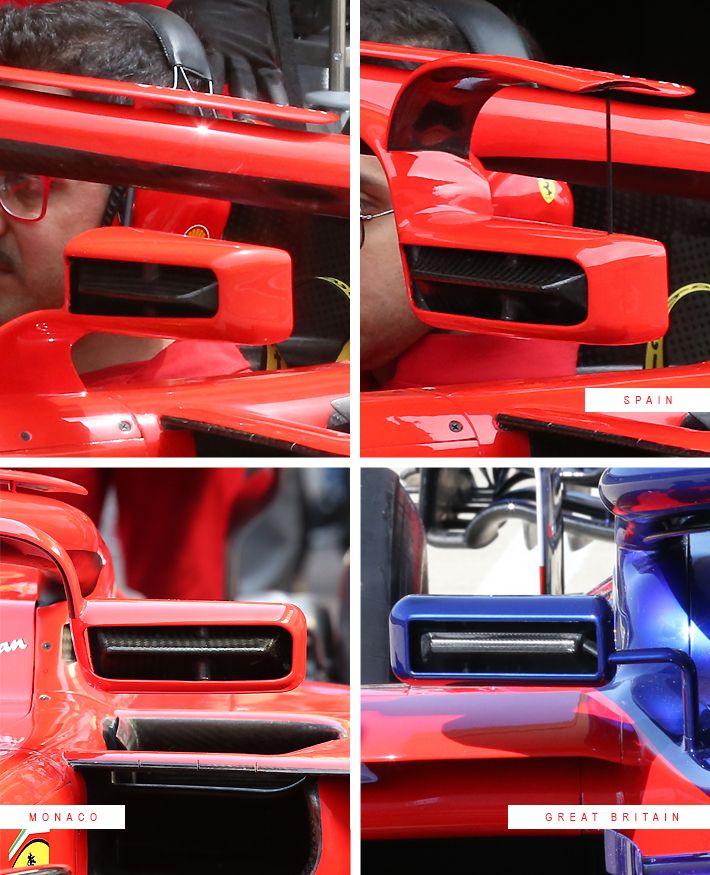 Another favourite area of aerodynamic development this year hase been the rear view mirrors.

Since its presentation to the media in February, the Ferrari SF71H has had these rear view mirrors. As is now well-known, the rear view mirror of the SF71H has an opening at the front of its fairing. The air enters and bypasses a second fairing (internal and black), before emerging on the other side around the mirror itself.

It seems that this hollow fairing of the mirror does not serve to direct the airflow towards the upper sidepod inlet, contrary to what was thought at first.

Put simply, its role would rather be to improve the airflow towards the rear wing and diffuser. Its shape would certainly create a little more drag, but it would also generate a wake of higher pressure, more energized than with a conventional design, which helps the elements further down (the rear wing and the diffuser) in generating downforce.

Note, in the last picture, that the mirror contains two mirrors, slightly offset, to provide a viewing angle as wide as possible. 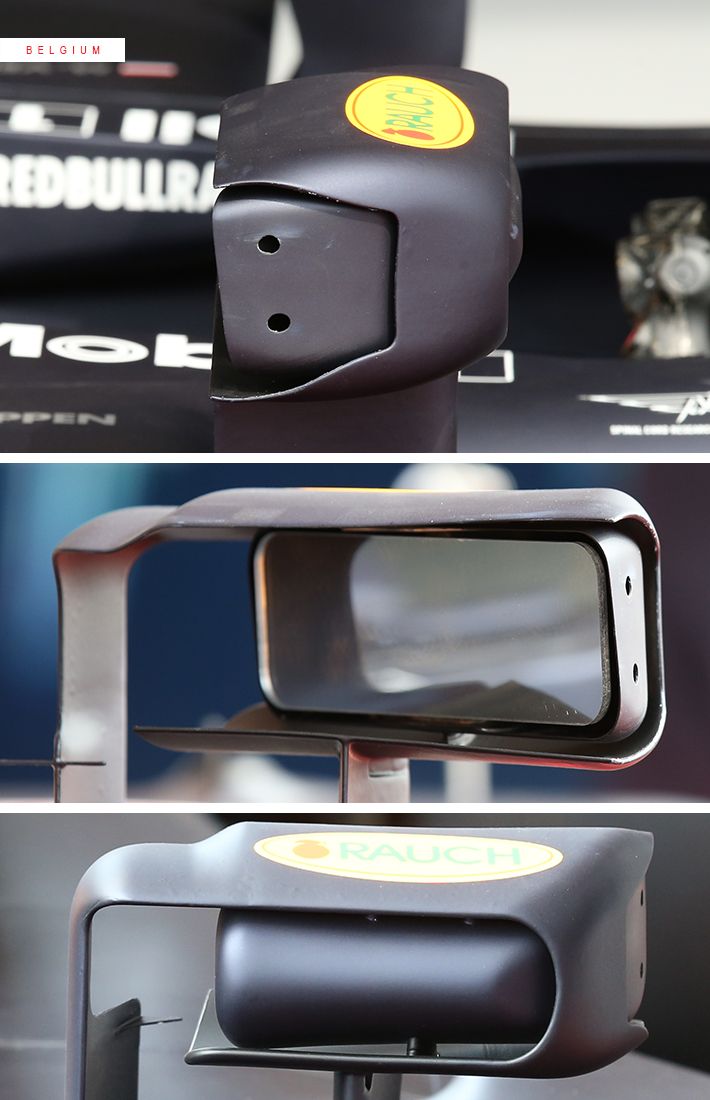 Innovative to say the least, this design was soon copied by Toro Rosso in Great Britain and, with some notable differences, by Red Bull in Belgium (the Milton Keynes team had already remodeled the fasteners of its rear view mirrors at the Australian GP).

The Scuderia, which showcased all season long its aerodynamic creativity, fielded car with its mirrors fixed to the halo at the Spanish Grand Prix, with the blessing of the FIA. In Monaco, however, the team had to remove the profiled winglet it had added in Barcelona, at the request of the governing body, which considered that the fixing of the mirror to the halo could not include any parts with a clear aerodynamic purpose. It should be noted that Renault made several 3D-printed prototypes to mount them on its RS18 (in Spain and Canada) but without ever making testing the element in real conditions.

Haas (in Montreal), Mercedes (in Austria) and Force India (in Singapore) also modified the mountings of their mirrors.