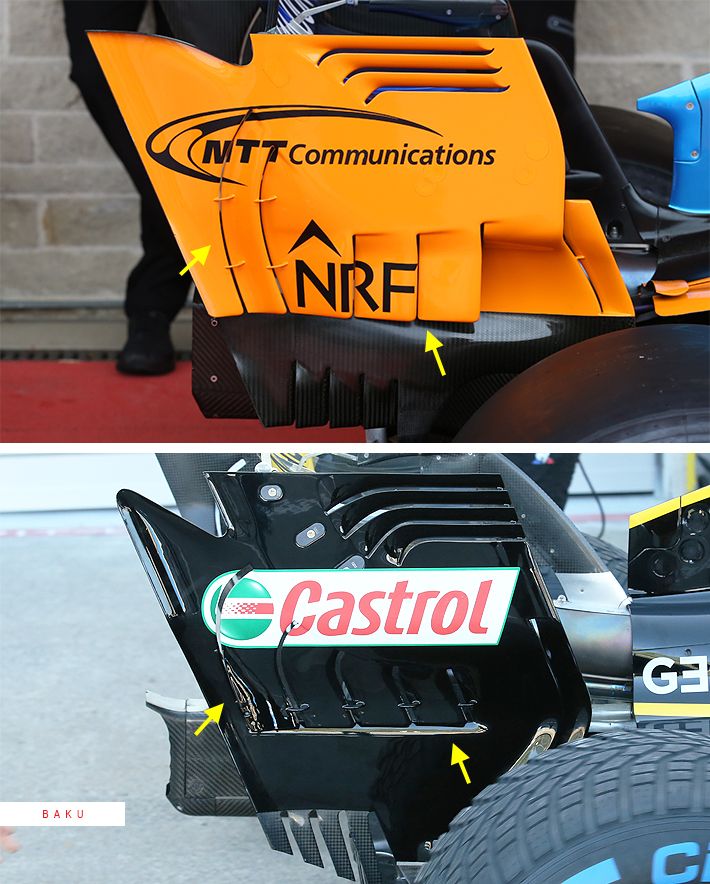 Like the long double incises in the flat bottom (page 1), another concept initiated by McLaren was copied by several teams: the notching of the endplates of the rear wing.

Given the poor performance of the MCL33 this year, it was surprising to see some of its concepts copied by the competition. But if they were imitated, it implied that their designs' effectiveness had been verified, with the reason for the MCL33's under-performance rooted in something else, perhaps in its floor.

In Azerbaijan, Renault introduced a rear wing inspired by a concept that appeared on the MCL32 and which was again used on the McLaren in 2018, however in a less radical form.

In Austria, it was Mercedes' turn to put cuts in the rear-wing end-plates of its W09. 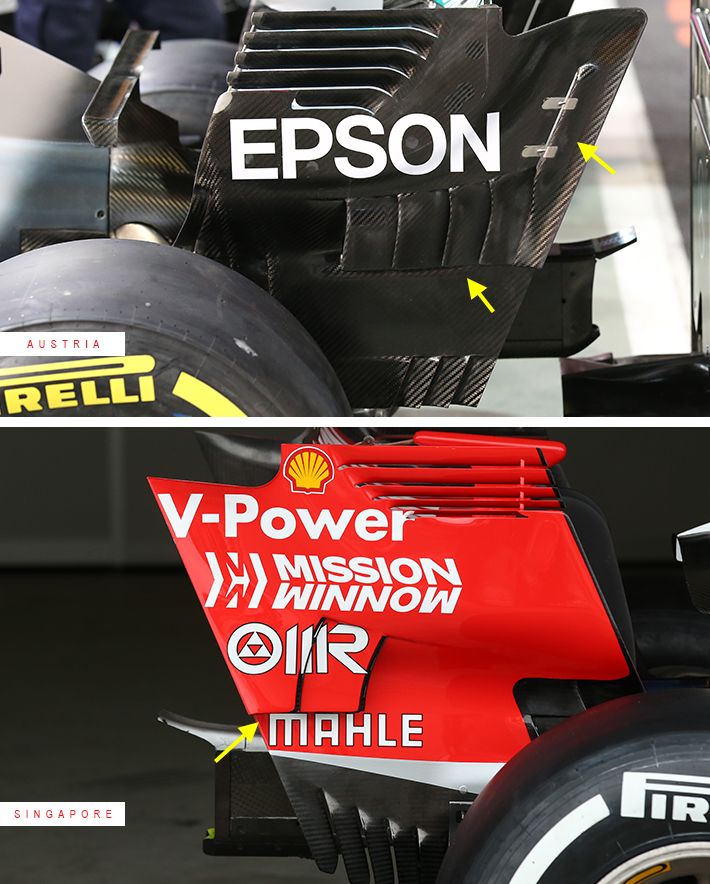 Exactly how this part of the wing works is not easy to fully grasp. Indeed, elongated curved winglets direct the airflow inward, and not outward (as is the case with the slats at the base of the endplate, which are part of the expansion of the diffuser effect).

One possible explanation is that the vanes channel high-pressure air to the inside of the wing, to the lower-pressure area under the main plane. This would have the effect of reducing the downforce and, especially, the drag by weakening the vortex generated at the joint area of the endplate and the wing tip.

Reducing drag is a favoured option with teams that lack straight-line speed. The curvature of the winglets could help level the pressure, which would in turn minimise the loss of downforce while still reducing drag. But that’s just a hypothesis.