Mercedes' Lewis Hamilton shrugged off the track time he's lost to the weather this week, and stamped his authority on the first four-day pre-season test by punching in the fastest time of the week.

His lap of 1:19.333s on medium tyres was set with 75 minutes remaining at the Circuit de Barcelona-Catalunya, despite dropping temperatures.

Valtteri Bottas had been in charge of the W09 in the morning. The Finn had topped the timing screens midway through the day as one of the first runners to set a time on slick tyres after a damp, foggy start to the day.

However there was bad news for Red Bull. Max Verstappen completed only 18 laps in the morning as he waited for the track to dry. Once it did, he added only 17 laps to his tally in the afternoon before spinning off in the long turn 12 right-hander. 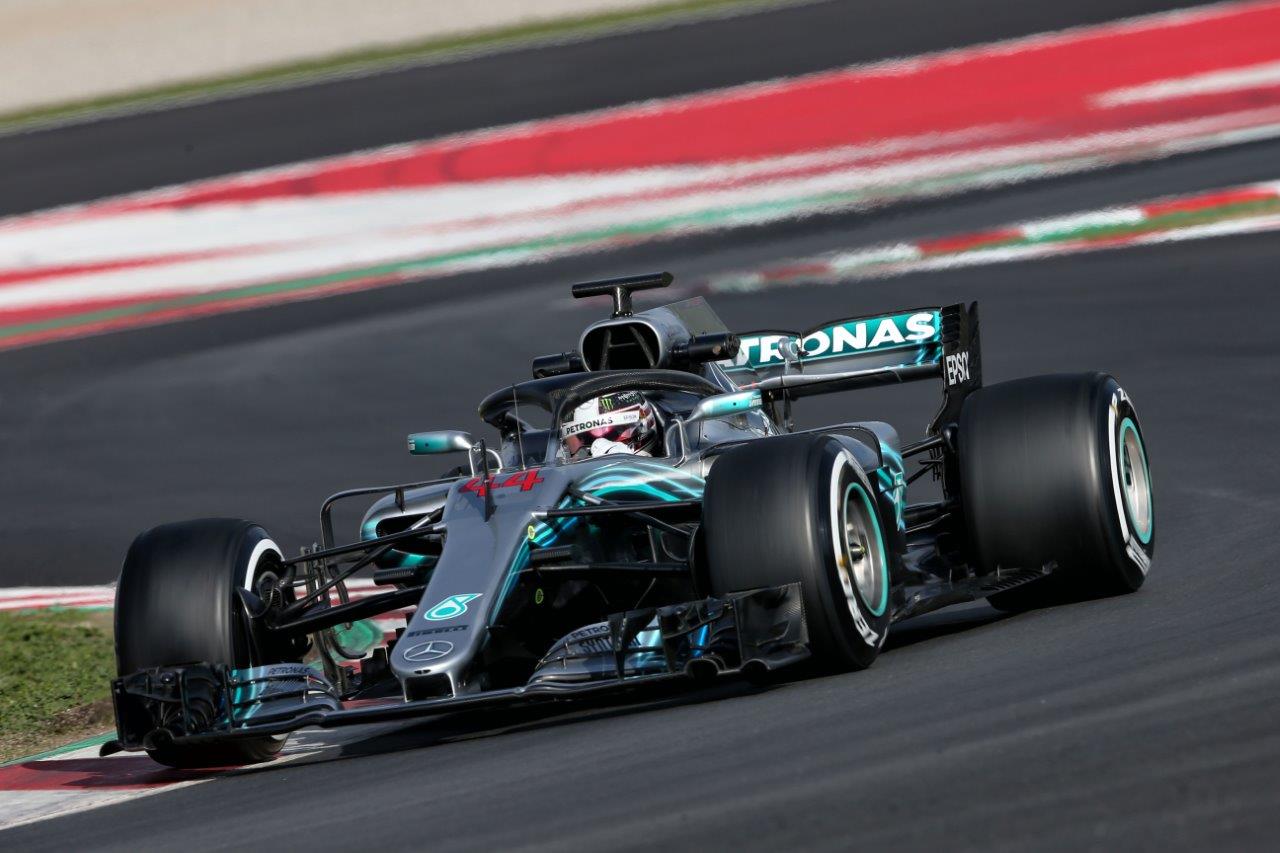 It happened just after he completed his first timed lap on soft tyres, in a time of 1:22.058s.

The session was red-flagged to allow the RB14 to be craned onto a flatbed truck. The car was then returned to pit lane for a post-mortem, where team members scrambled to prevent photographers taking revealing pictures of the underside of the car.

With teams once again working through lunch, McLaren's Stoffel Vandoorne was the first driver of the day to dip under 80 seconds. His time of 1:19.854s on the new hypersofts remained good enough for second place behind Hamilton at the end of the session.

Vandoorne went on to complete over a hundred trouble-free laps, a vast reliability improvement on 2017, despite a brief issue with the heat shield. He subsequently handed the car over to Fernando Alonso for the final two-and-a-half hours of the test; the two-time champion ended the day fifth fastest

Ferrari's Sebastian Vettel had a quiet morning, but then methodically worked through his program in the afternoon. He gradually closed the gap to Hamilton and Vandoorne at the top of the times, ending the day nine tenths off Hamilton's benchmark effort after 110 laps.

Kevin Magnussen put in a productive day for Haas and finished fourth fastest with a best lap of 1.20.317s after 96 laps.

Carlos Sainz only had half a day in the R.S.18, but benefited from the better conditions to go sixth fastest on 1:20.940s. His Renault team mate Nico Hulkenberg was mainly limited to wet and intermediate running in the morning, but managed a lap of 1:22.507s on soft tyres before handing over the car. 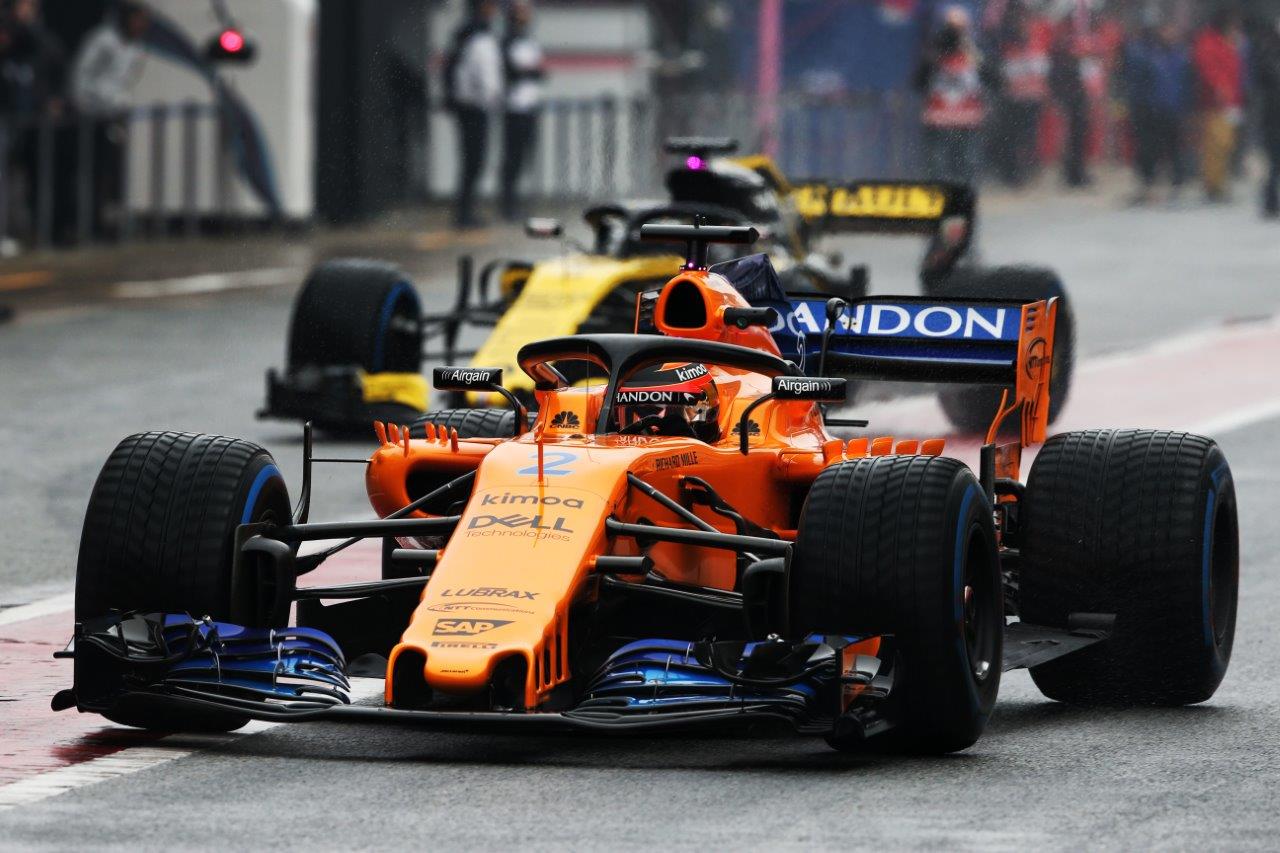 Lance Stroll set the seventh-best time of 1:21.142s after 54 laps. His team mate Sergey Sirotkin had already stepped out of the FW41 by the time track conditions improved. It left the Russian rookie marooned at the bottom of the timesheets with a lap of 1:31.979s, having never had a chance to switch to slicks.

Force India's Sergio Perez was eighth fastest with a best time of 1:21.973s on supersofts after 61 laps. Toro Rosso's Pierre Gasly went for quantity over quality and completed the most distance of the day with a whopping 147 laps, albeit only the tenth fastest time.

Marcus Ericsson had triggered the first red flag earlier the day when his Sauber went into the gravel at turn 2 in the wet morning conditions. In the afternoon, his place in the C37 was taken by Charles Leclerc who went on to set a best time of 1:22.808s - a second faster than the Swede.

Williams doubles up on race engineers for Sirotkin and Stroll