Sebastian Vettel dialed some impressive speed into his Ferrari on Thursday morning, the penultimate day of pre-season testing in Barcelona.

The German blew Daniel Ricciardo's unofficial lap record achieved yesterday out of the water with a 1m17.182s lap achieved on Pirelli's hypersoft tyre.

Behind Vettel, Haas' Kevin Magnussen was 1.2 seconds adrift after a productive first part to the day, edging out Renault's Nico Hulkenberg by 0.315s.

Drivers took to the track with overcast skies and cold conditions, with the air temperature at 6°C and the track temperature just above 14°C, but it didn't encourage anyone to remain confined to their garage.

The usual succession of installation laps warmed up cars and drivers, with McLaren's Stoffel Vandoorne putting himself at the top of the timesheet with a sub-1m20s time after a productive series of laps on the hypersoft tyre.

The Belgian was active all morning, conducting a series of longer runs as McLaren is eager to catch up on its test programme after reliability issues set it back this week. The Woking-based outfit has so far achieved les pre-season mileage than last year with Honda! 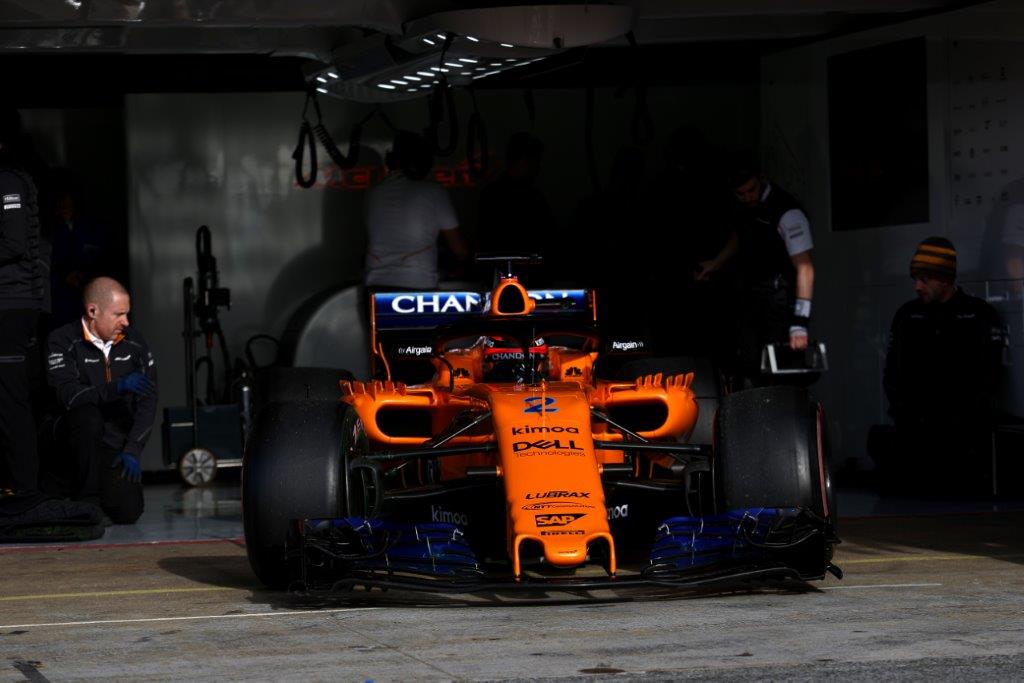 Vandoorne ultimately popped in a 1m18.855s which would remain the benchmark for the first two and a half hours of the session, when Renault's Nico Hulkenberg pipped the McLaren by 0.171s with a 1m18.684s lap.

Vettel was on the heels of the German and brought his supersoft-shod Ferrari SF71-H past the line in 1m18.666s which put him in charge.

Meanwhile, a busy Valtteri Bottas racked up the laps for Mercedes, focusing on consistency and his development programme rather than outright performance.

A similar state of affairs prevailed at Red Bull, with Max Verstappen running well behind in terms of performance as he trialed and tested various settings on the RB14. 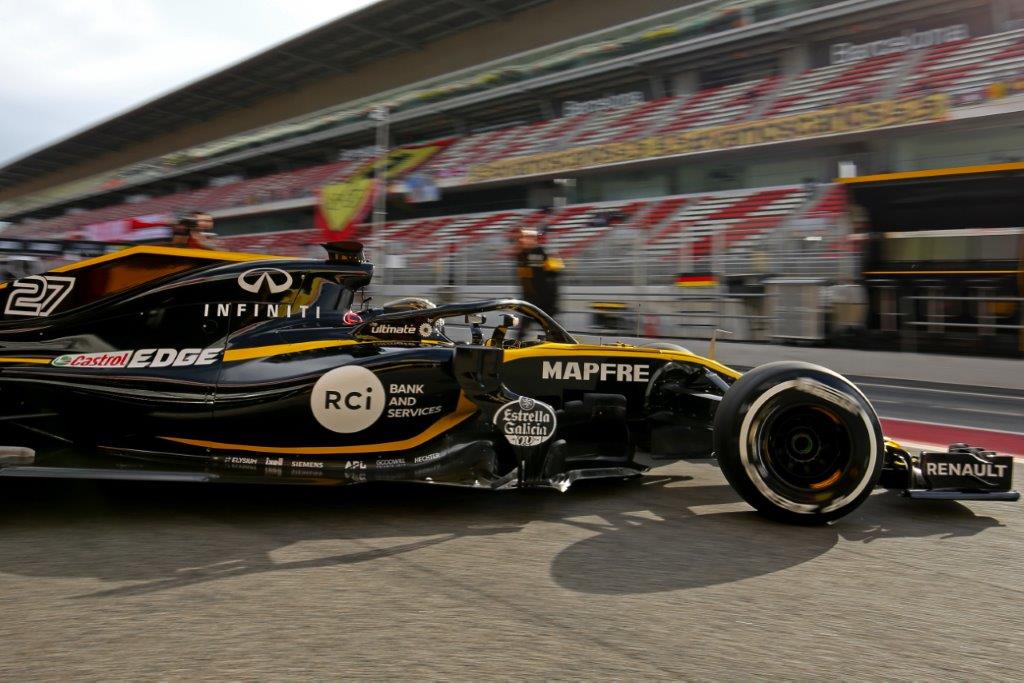 Vettel put in another effort which yielded the fastest lap of the day in 1m18.079, just a shade away from Daniel Ricciardo's unofficial lap record.

The German continued unabated on his hypersoft rubber however and blew several times though the 1m18 barrier like a hot knife through butter, ultimately setting a new record of the Circuit de Catalunya with an impressive 1m17.297s!

After accomplishing a series of personal best times, Pierre Gasly set a new benchmark for Toro Rosso, and headed to lunch with a 1m18.758s on the board which put him fourth, just in front of Honda's former partner, McLaren, and Vandoorne.

Further down the ranks, Sauber's Marcus Ericsson was over 1.5s down on Vettel, while running the same spec engine as the Scuderia.

Bottas concluded the morning with the most laps of any driver - 93, while Robert Kubica set the fastest time of any Williams driver so far in pre-season testing.

Ericsson looking to Leclerc to boost his reputation