The Ferrari's stunning 1:17.182s on hypersofts was almost a second faster than anyone had previously achieved around the 16-turn, 2.892-mile circuit. However the track has recently been resurfaced, which has made it quicker in parts.

With most teams focusing on heavy fuel load and distance runs in the afternoon, Kevin Magnussen remained second fastest for the day courtesy of his morning lap of 1:18.360s on supersofts.

Vettel went on to pile on the miles in the afternoon and eventually finished the day with 183 laps in the books. Magnussen likewise upped his day's tally to 146, also without improving his earlier time.

Pierre Gasly did manage to move forward in the afternoon. He improved to third place with a lap of 1:18.363s set in the last hour of the session. The Frenchman had enjoyed a trouble-free day as he totted up 167 laps behind the wheel. The Toro Rosso had been rumoured to be running the definitive Honda powertrain specification that will be used in Melbourne.

Nico Hulkenberg was pushed down to fourth place for the day on the strength of his morning time of 1:18.675 in the Renault. Carlos Sainz took over from Nico Hulkenberg in the afternoon, and managed a best lap of 1:18.725s to put him fifth fastest, slotting in immediately behind his team mate.

Stoffel Vandoorne had been the first car back out on track after lunch. With McLaren keen to bolster their lacklustre showing in testing thus far, the MCL33 successfully added a doughty 145 laps to their running total on Thursday.

Vandoorne's morning time of 1:18.855s was several tenths faster than Sauber's Marcus Ericsson, who ended the day with 144 more laps under his belt. However the Swede also triggered a red flag an hour before the end of the session after going off at turn 4.

Mercedes had a quiet day of it. Valtteri Bottas was only seventh fastest at the end of the morning session. When Lewis Hamilton took over for 84 laps in the afternoon, he ended up a quarter of a second ahead of the Finn on medium tyres. During his spell in the car, Hamilton also took the opportunity to try out Pirelli's new superhard compound. 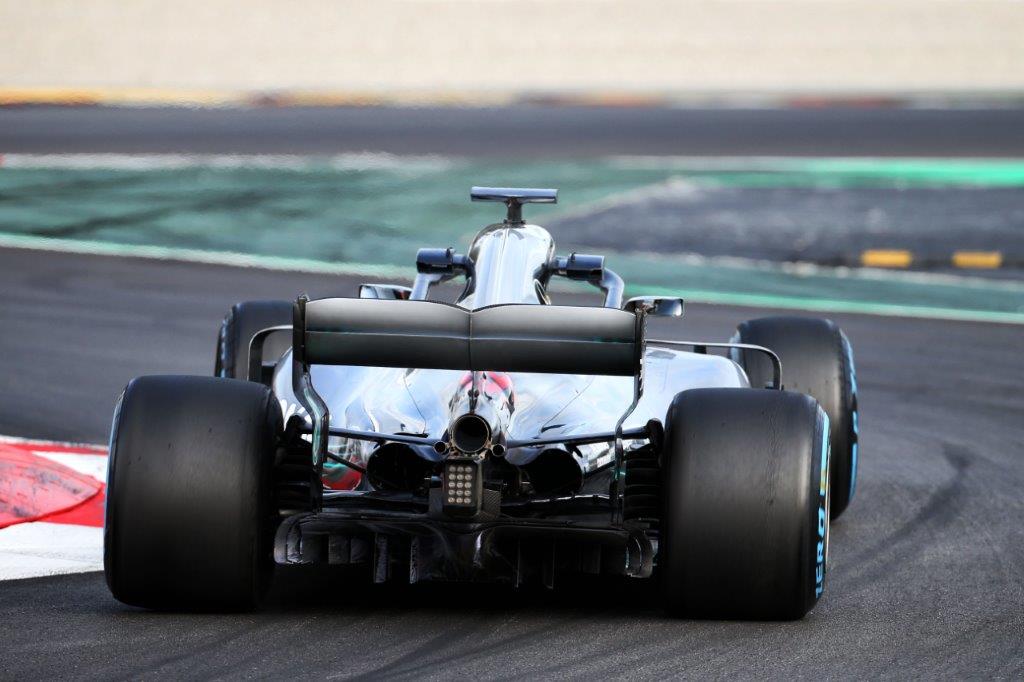 Robert Kubica's morning time of 1:19.629s was significantly faster than Lance Stroll was able to manage in the Williams FW41 in the afternoon. The Canadian teen's time of 1:20.276s made him the slowest of the 13 runners in action. He was also behind on laps, with just 61 completed compared to Kubica's 73.

After the Red Bull had blazed its way to the top of the times on Wednesday, the RB14 was in a more subdued mood on day 7. Max Verstappen completed 186 laps, more than anyone else, meaning that he was going for distance at the expense of speed. His best time of 1:19.842s was set before lunch.

Force India's Sergio Perez also went for quantity. He completed 153 laps and was two tenths quicker than Verstappen by the time the chequered flag came out, by which time teams were working on practice pit stops and race starts.

The teams reconvene at the circuit for one final day of pre-season testing on Friday morning. The session starts at 8am and drivers will work through lunch to make the most of what should be the warmest track and air temperatures of the entire two weeks in Barcelona.

Don't forget, you can follow all of Friday's action as it happens right here with F1i's live commentary.

Mercedes still ahead of the rest, insists Red Bull