Toro Rosso's Franz Tost says the degree of interaction and collaboration with power unit supplier Honda goes well beyond anything it has experienced with its past engine partners.

The Faenza-based squad embarks on a new three -year chapter with the Japanese manufacturer after the latter's failed endeavour with McLaren.

The team's surprisingly impressive performance in winter testing, marked by almost flawless reliability from Honda, bodes well for the junior Red Bull team, although its performance in the opening races will likely offer a clearer picture of Honda's true colors.

Still, Tost underlines the remarkable degree of collaboration which has prevailed since Toro Rosso started working with its new partner, and which is a clear departure from the team's previous relationships with Renault or Ferrari.

"It is a big difference, believe me," Tost told Motorsport.com.

"This starts already with a design of the car. In the past, we just got a power unit and suppliers said: 'Look, this is the power unit, with the pipes, with all the aggregates, just put it into your car.'

"And now our designers are sitting together with the Honda engineers, they think 'OK, how can we create the oil tank, for example, in front of the engine, how to put it in a best possible way into the chassis'.

"Or the exhaust system. This is a big impact to the aerodynamics on the side of the car. Also, when you get the hot air from radiators to the back, how, where do you get it out?

"In former times, we just had to find the way from our side, and now we are discussing it together with Honda." 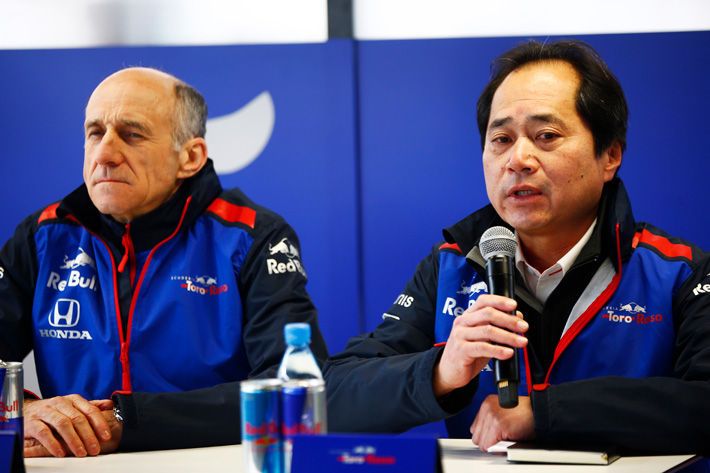 Engineering input from both sides is what a true partnership is all about, says Tost. But the Austrian is also looking well down the road, to 2019 and to the successor to Toro Rosso's STR13.

"I am expecting a lot from next year’s car," he added.

"Since nearly one month we are working on next year’s car, and we get more and more better ideas how to place the different parts of the power unit in the best possible way for the chassis.

Hamilton: 'Red is my favourite color, but I'm fine where I am'