Stoffel Vandoorne has hinted that he would one day like to try his hand at racing in the famous Bathurst 1000.

But despite his interest, Vandoorne says that it's not going to happen any time soon. He insists that for the time being his focus is all on Formula 1.

"Bathurst is a very cool race. I had a few friends racing there as well, so we’ll see what the future holds," he said this week. "[But] it’s not something I’m specifically looking at.

"My focus remains 100 per cent Formula 1, and the most important [thing] is to succeed in F1," he said. "This is my number one target."

Vandoorne opened his 2018 campaign with a top ten finish in last weekend's Australian Grand Prix. The race was held on on the Belgian driver's 26th birthday.

"In the future we’ll see what opportunities arise," he speculated. "If it fits with our schedule, why not?"

At the moment, the Bathurst event does indeed have a major conflict - with the October date for the Japanese Grand Prix.

The suggestion that Vandoorne is eyeing racing opportunities outside Formula 1 shows how McLaren has broadened its horizons in recent years. 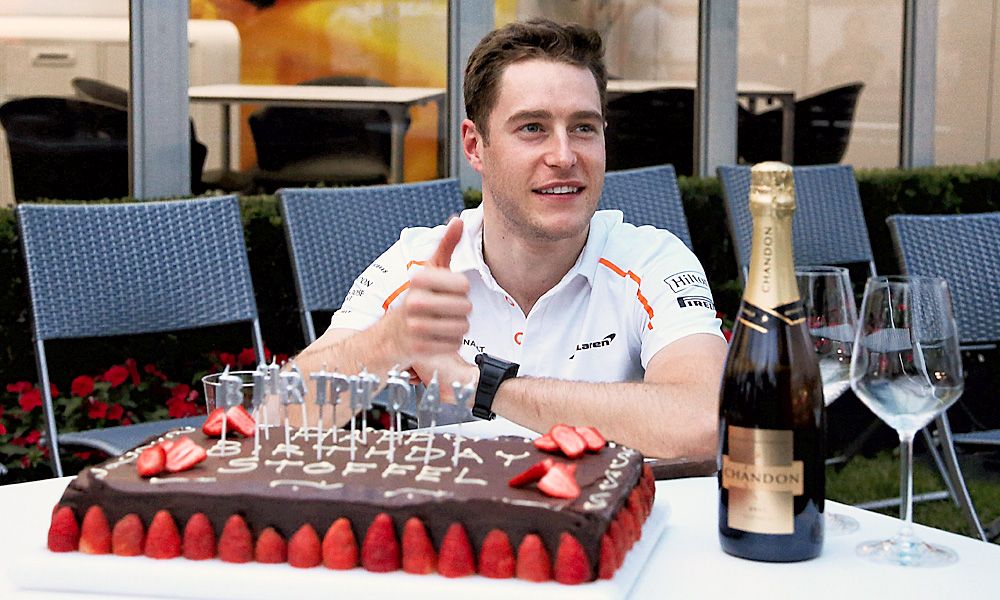 As well as Alonso's Indy 500 bid, the two-time world champion has also recently taken part in the 24 Hours of Daytona.

He raced for United Autosport, the LMP2 sportscar team co-owned by McLaren executive director Zak Brown. One of his team mates in the race was McLaren reserve and development driver Lando Norris.

Alonso has since scored a deal to race for Toyota's LMP1 squad in the FIA World Endurance Championship. That includes a maiden appearance in this year's Le Mans 24 Hours race. It's part of a bid by Alonso to complete the famed Triple Crown of motorsport.

And it appears all this motorsport diversification has started to rub off on Vandoorne, too.

"I talk a lot with Zak because we’re all freaks about motorsport and everything that has four wheels on it," admitted Vandoorne.

Brown himself will actually miss the Japanese Grand Prix this year in order to attend Bathurst. But he made it clear that there was no such waiver on offer to Vandoorne.

"He was serious. But he can't miss Japan!"

Hamilton backed off in Melbourne to protect engine