Force India's Sergio Perez says a chaotic first lap at the start of the Chinese Grand Prix put him on the back foot from the outset.

The Mexican was all smiles yesterday after a productive qualifying session yielded P8 on the grid, but was frowning following a disappointing conclusion to his weekend in Shanghai which left him 12th in the final standings.

"It was another race ruined on the first lap," lamented Perez.

"The start was chaotic and I ran into a lot of trouble. I was pushed wide by a Renault at the exit of turn four and lost a lot of places there.

"That pretty much ruined our whole weekend. We were suddenly on the back foot, on the weaker tyre and there was very little I could do.

"We got close to the points and the team made a strategy call that gave me an opportunity to try and pass Kevin [Magnussen] but there was not enough time."

Perez still took a few positives away from his race weekend, noting a marked improvement of the performance of the team's VJM-11.

"Yesterday we took a step forward, we made another improvement today and I am confident that once we get to Europe we can start picking up some stronger results." 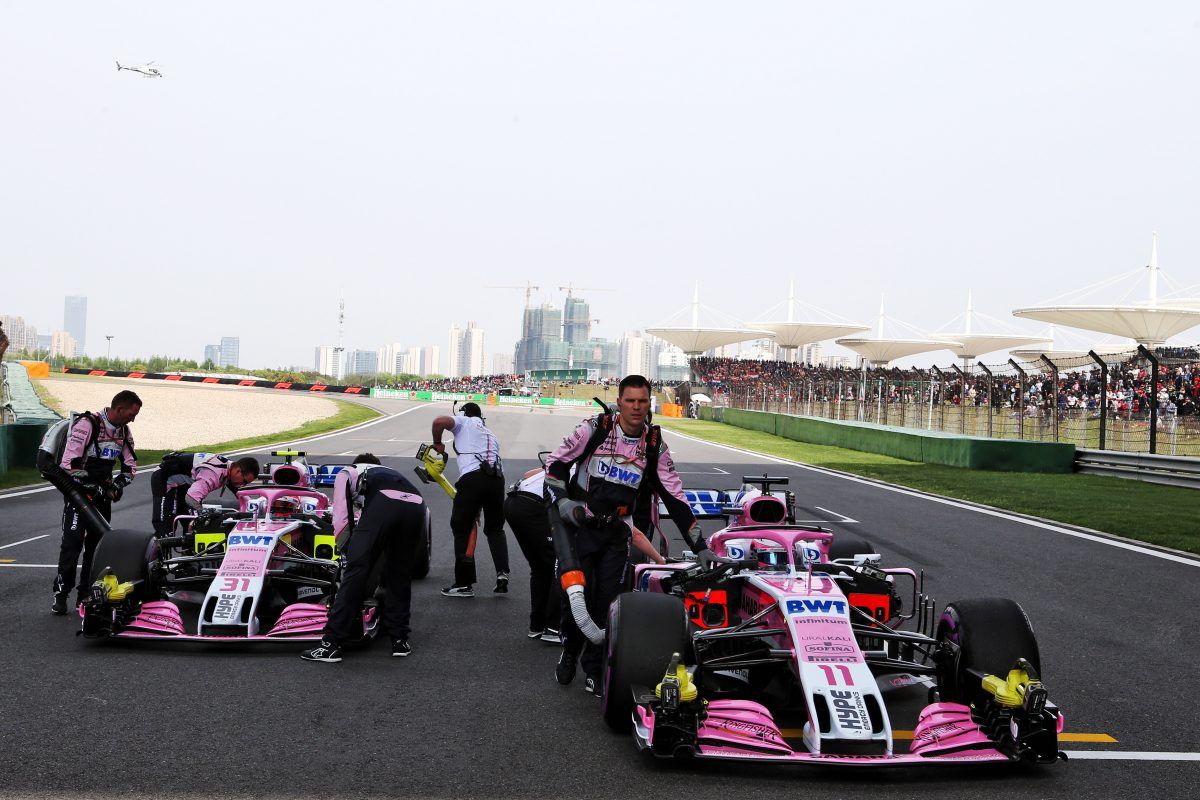 Esteban Ocon finished ahead of his team mate, but the Frenchman's race was hardly any better, due to circumstances.

"We were so close to scoring points today, but the events of the race didn’t really help us," he admitted.

"It was a messy start and we lost some time, and we didn’t make any progress. The race was starting to come back to us because we pitted early and the two-stop strategy looked to be working well.

"We were on course to finish in the points until the Safety Car came out. After that it was a big push until the end of the race, but I was stuck behind Grosjean for too long and he defended very well.

"Ultimately this cost me the chance of overtaking Magnussen and getting back in the points. It’s another race where things didn’t play into our hands, but the pace was competitive so we focus on the positives."