It's been talked about, debated and speculated on but Lewis Hamilton's new contract with Mercedes is now on the table, ready to be signed.

The four-time world champion, who is in his final year of his contract with the Silver Arrows outfit, is expected to renew his allegiance to Mercedes for another two years, bringing right to the end of F1's current regulations era.

Worth a reputed $52M a year, the new deal would put Hamilton at the top of the United Kingdom's highest paid athletes list.

"We don’t want to drag it out much longer. I expect it to be done very, very soon," said Mercedes boss Toto Wolff last weekend, with a formal announcement likely to take place next week, on the run-up to the British Grand Prix.

As for the identity of the man who will be sitting on the other side of Hamilton and the Mercedes garage in 2019, all signs are pointing to Valtteri Bottas remaining with the Brackley squad.

"Valtteri is doing an extraordinary work, and there is currently no reason to change the lineup," said Wolff.

Next week's announcement, should it include Bottas, would obviously take one 2019 option off the table for Red Bull's Daniel Ricciardo, who is still pondering his destiny for next year.

In a nutshell: which tyres for the Austrian GP?

Verstappen goes his own conservative way at Silverstone 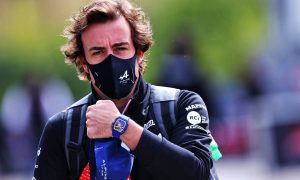