It's been a tough season for Brendon Hartley, but the Toro Rosso driver finally had real cause to celebrate on Saturday after making it through to the final round of qualifying for the first time in his Formula 1 career.

The Kiwi will line up in eighth place on the grid for the Hungarian Grand Prix on Sunday. His team mate Pierre Gasly will start immediately ahead of him on the third row.

"Really tough conditions," he said. "The conditions were really tricky out there, but I’m incredibly happy to make it into Q3 for the first time.

"We’re always hanging around the top ten, and to get both cars through today is a really big achievement.

"The whole way through qualifying the team did a brilliant job with communication and strategy," he continued.

"Many times out there my engineer was telling me, 'Okay this is your one shot, this is the best weather you've got. You've got to go right now.'

"Everyone followed through. The car felt good," he said, while conceding that things hadn't gone entirely as well as he would have liked.

"A little bit disappointed, I had a couple of mistakes just at the end of Q3 when I started pushing the limits.

"I had to get a banker at the end, but just fell short of my team mate - it would have been good to be ahead of him."

Hartley added that it was no fluke of nature that the team found itself in its current position, and that it bodes well for the race itself.

"We've looked strong all weekend," he added. "There might be some strategy in play as it’s a little bit of follow the leader around here.

"It’s quite hard to pass here so I need to have the best possible start and a good first lap," he noted. "Hopefully we can hang on to a points position tomorrow."

"It has been a fantastic afternoon for the whole team," said Toro Rosso's chief race engineer Jonathan Eddis. 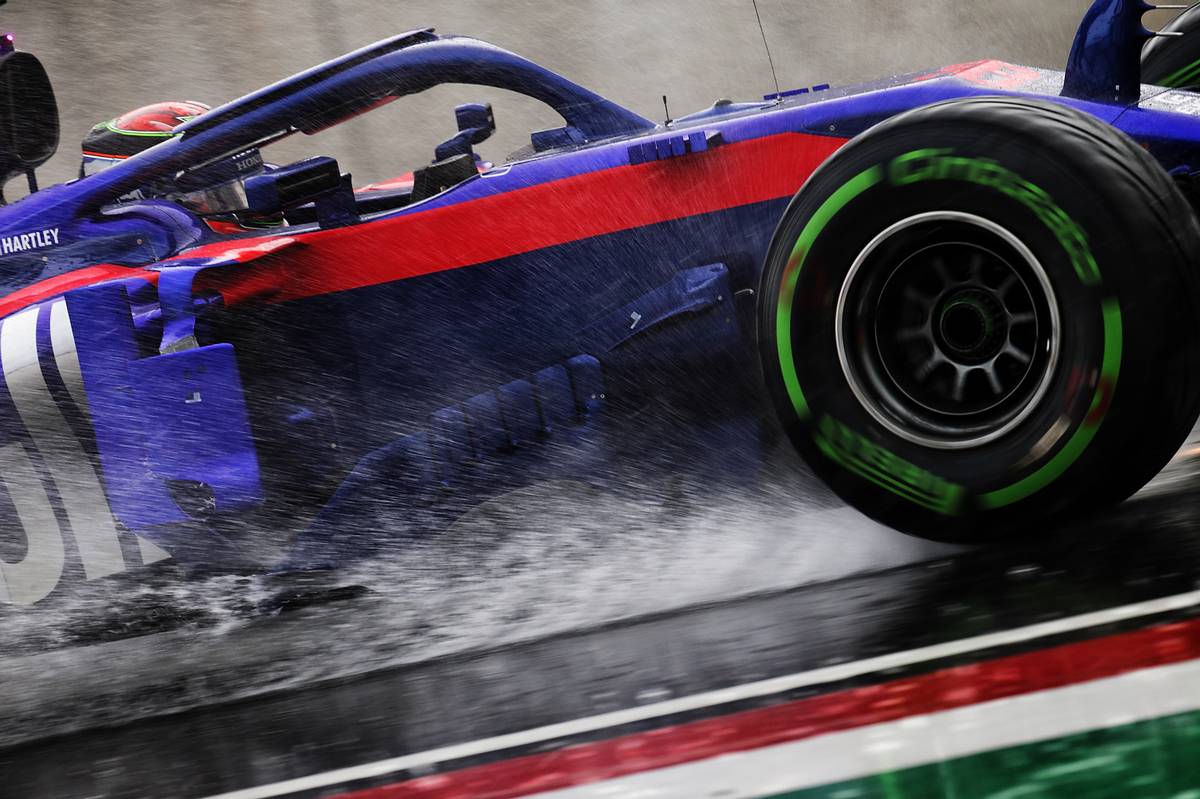 "We were confident heading into a dry qualifying we would get at least one car into Q3," he said. However, just before the session, the heavens opened - which at the time we were quite disappointed about.

However, in the end it actually worked in our favour and the whole team did an amazing job.

"The communication was clear and concise, we made the correct decisions on tyres and we all worked extremely well together. It’s really in tricky days like today where teamwork and communication make all of the difference.

"Both our drivers have little experience in Formula 1 in these conditions
but they were able to extract the maximum from the car.

"In Q3 there was only one lap that was going to count: the last one. And both drivers gave it their all.

"The track will reset with this rain but we are still expecting hot conditions, so it’s going to make for an interesting race - and our aim is to score good points."

Sainz: 'It's great when things come together!'

Grosjean and Magnussen positive, but hoped for even more