Haas drivers Romain Grosjean and Kevin Magnussen insisted that they were happy with how qualifying for this weekend's Hungarian Grand Prix had gone.

Both made it through to the final round of the session, itself a strong achievement that was hailed by team principal Guenther Steiner.

"Quite an exciting qualifying," he said afterwards. "Again having two cars in Q3 is fantastic for us. So, all in all a positive day today."

Magnussen will start the race from ninth place, putting him alongside Grosjean on the grid who lines up in tenth.

“I’m not disappointed with P9 and P10," said the Dane. "We had hoped for a little bit more, in dry conditions at least.

"But in those tricky conditions the team did a very good job to stay calm, put us on the right tyres, and send us out at the right time.

"It’s so easy to make the wrong decision in those conditions, and there’s a lot of pressure on the team in that situation," he added. "So, good job to them.”

However, Grosjean felt he should have been even further up the grid than he is.

"I’m happy with my job today, but I’m disappointed with the result in Q3," the French driver commented. He was still fuming about being impeded by Red Bull's Max Verstappen on a crucial flying lap.

"I was blocked by Max in the last corner of the second to last lap," he explained. "I started just in his spray and couldn’t see anything in the last lap, so a bit disappointed with that."

The incident was subsequently reviewed by the race stewards. However they decided to take no action against Verstappen for impeding.

Putting that behind him, Grosjean was looking at the positives to come from today's qualifying, which started on a damp but drying track before further downpours forced everyone onto full wet tyres.

"I think we were very, very fast on dries," said Grosjean. "I think at one point I was P1 and then P2.

"The car was up there, but then it rained and it was a challenge to get into Q3, which we did and that’s great." 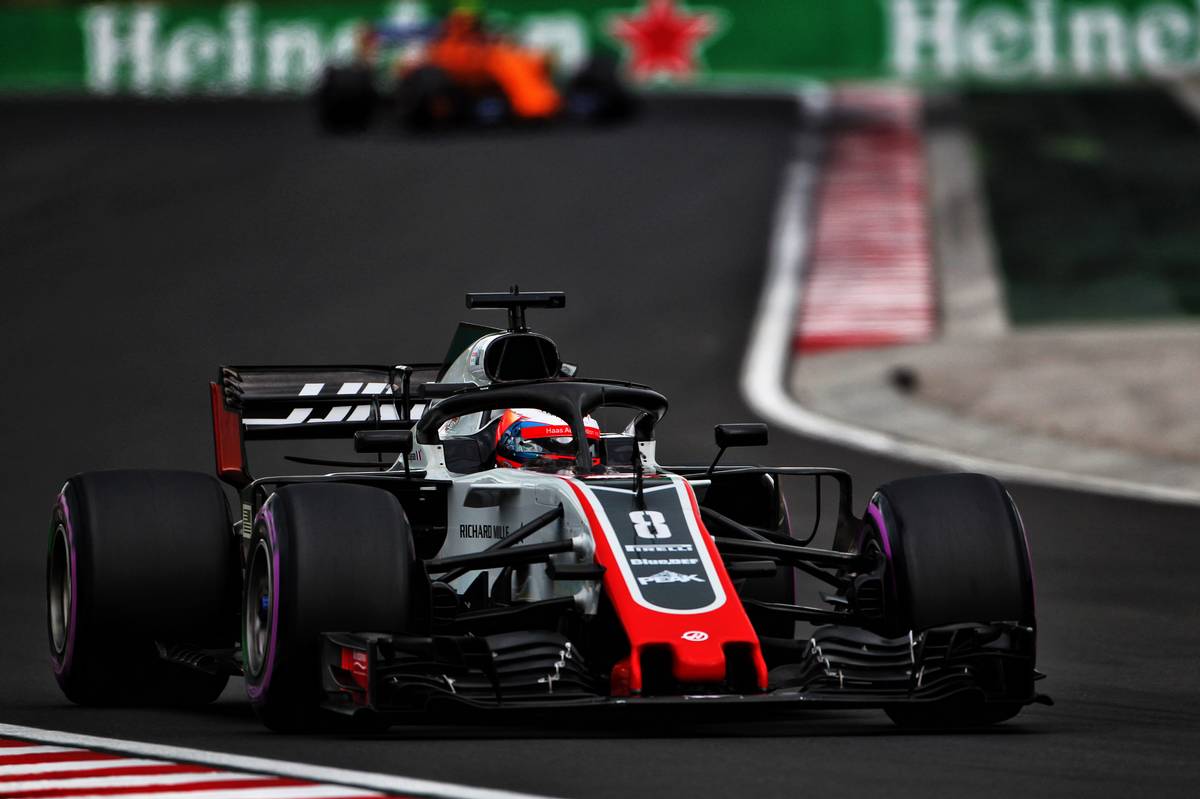 Even so, Grosjean knows that the wet weather performance of the Haas still needs some work.

"There’s some work to be done on the car in the wet. We haven’t been very competitive, but I think this is the first time we’ve driven the Haas VF-18 in those conditions. There is a lot that we can learn from it and that’s positive."

Rain is unlikely to be an issue for Sunday's race, with Grosjean looking to take a good points haul for the team.

"Obviously, everything is open for the race tomorrow," he said. "All in all, not a bad session."

Hartley jubilant to finally make it through to Q3