Sebastian Vettel was looking somewhat downbeat about his title chances on Sunday, despite coming home in third place in Singapore.

Marina Bay is usually a happy hunting ground for Ferrari, but Vettel admitted that this time around the team's form had seemed to desert it just when they needed it most.

“I said before the weekend we can only beat ourselves, and we didn’t get everything out of the package," he sighed.

"Overall you see the gap in the end, it's clear that we were not fast enough in the race. We need to understand why."

Starting from third, Vettel had initially been able to overtake Max Verstappen for second place on the first lap.

But when the Red Bull retook the position using pit strategy, Vettel didn't appear to have the performance advantage to do it again on track a second time.

"We tried to be aggressive in the beginning, but obviously it didn’t work out," he said. "Mercedes reacted [to our stop], but it didn't work out in terms of jumping ahead.

"Looking back maybe there was something we could have done better. At the time, I'm sure we saw [a chance]. I got the call to box and that's what we went for.

"I was happy and confident. We needed a mega outlap, I did what I could, but it wasn't enough."

For the remainder of the race, Vettel found ended up unable to improve on third place.

"[Our aim] was not to finish third, and especially not in the fashion that we finished third," he acknowledged.

"It's largely to do with how we decided to race - which tyres for how many laps, etc. We tried to get to first position and get ahead, but Lewis was too quick.

"Lewis was picking up the pace," he continued. "Once you are ahead you can control the pace around here. But we never got ahead, so it's a bit pointless to [speculate]." 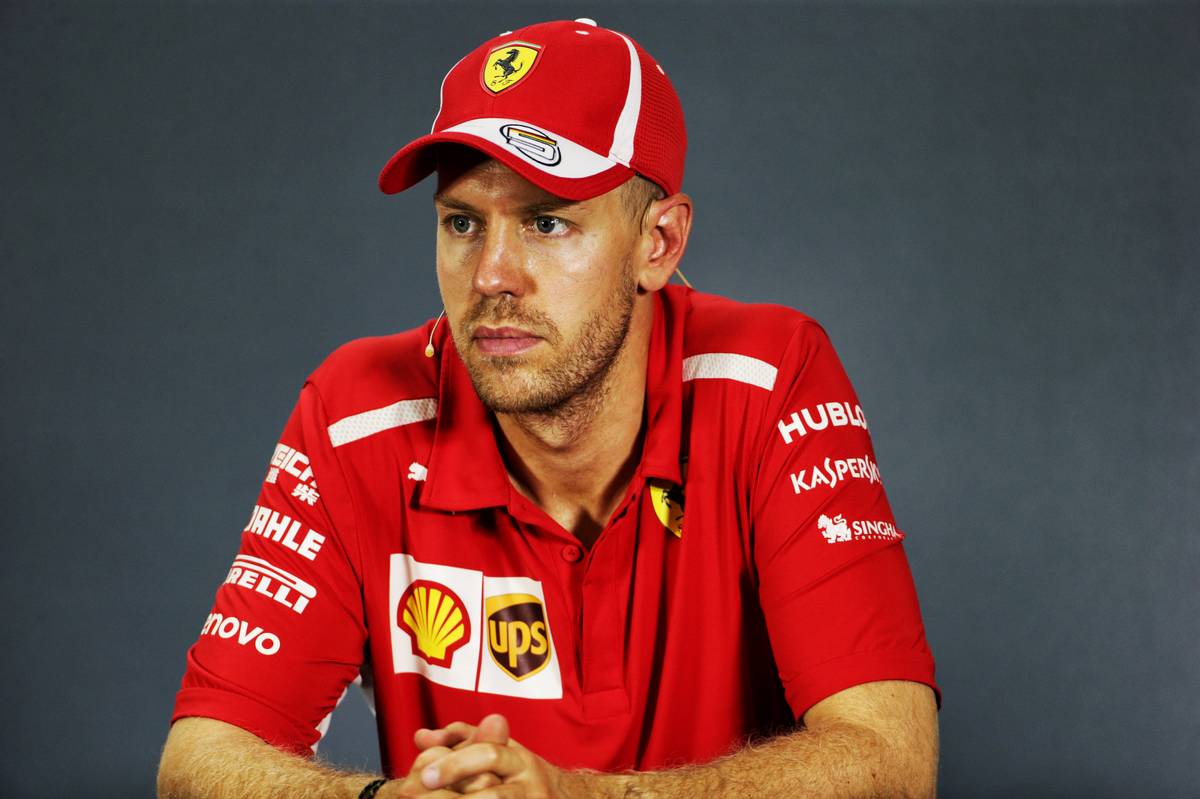 "[Mercedes] obviously got everything together yesterday which is a credit to them," he said. "We just didn't have a clean qualifying so it's difficult to say where we could have been.

"But I don't think yesterday we were chanceless - we could have done a lot better and gone a lot faster than we did.

"We didn't do it so we had to try something from third. Unfortunately we couldn't make up any ground and finished third. And that's the story.

Today's result means that Hamilton has extended his lead in the drivers championship to 40 points with six races to go, suggesting that time is running out for Vettel to find something extra to keep him in the battle.

“It doesn’t help, obviously," Vettel admitted. "I’m mostly thinking about today’s race, and I think with the way we raced we didn’t have a chance."

Hamilton relieved to win 'longest race of my life'