Force India has almost completely paid off the outstanding debts to its creditors which had forced it into administration over the summer.

Canadian businessman Lawrence Stroll personally took responsibility for paying the creditors to ensure there was no delay. The process should be completed by the weekend.

"It's important to note that the current shareholders have taken all the risk for the creditors," team principal Otmar Szafnauer told Autosport magazine.

"[They] have put it in extra money such that the creditors can be paid off immediately, and not at some future date, post-administration."

"Lawrence wanted to do what's right by the suppliers that have supported us," he added. "He'll get it back when the creditors are paid by the administrator, whenever that is.

"That's not usually what happens in administration, and it's something that we should take note of. It takes that worry completely away."

It's certainly a weight off Szafnauer's mind, who can now further focus his attention on this weekend's race in Austin, Texas..

“The United States Grand Prix is a home race for me," he pointed out. "And it’s always a highlight of the year.

"It’s hugely important for the sport to have a home in America and you have to say Austin always puts on a really good show. They’ve done a wonderful job over the last six years.

"The drivers love the track and Austin is a great place to go racing."

Sergio Perez confirmed that he felt very much the same way about being at home at the Circuit of the Americas.

"Austin was my home race before the arrival of the Mexican Grand Prix," Perez explained. ""It’s still one of the best events on the calendar. 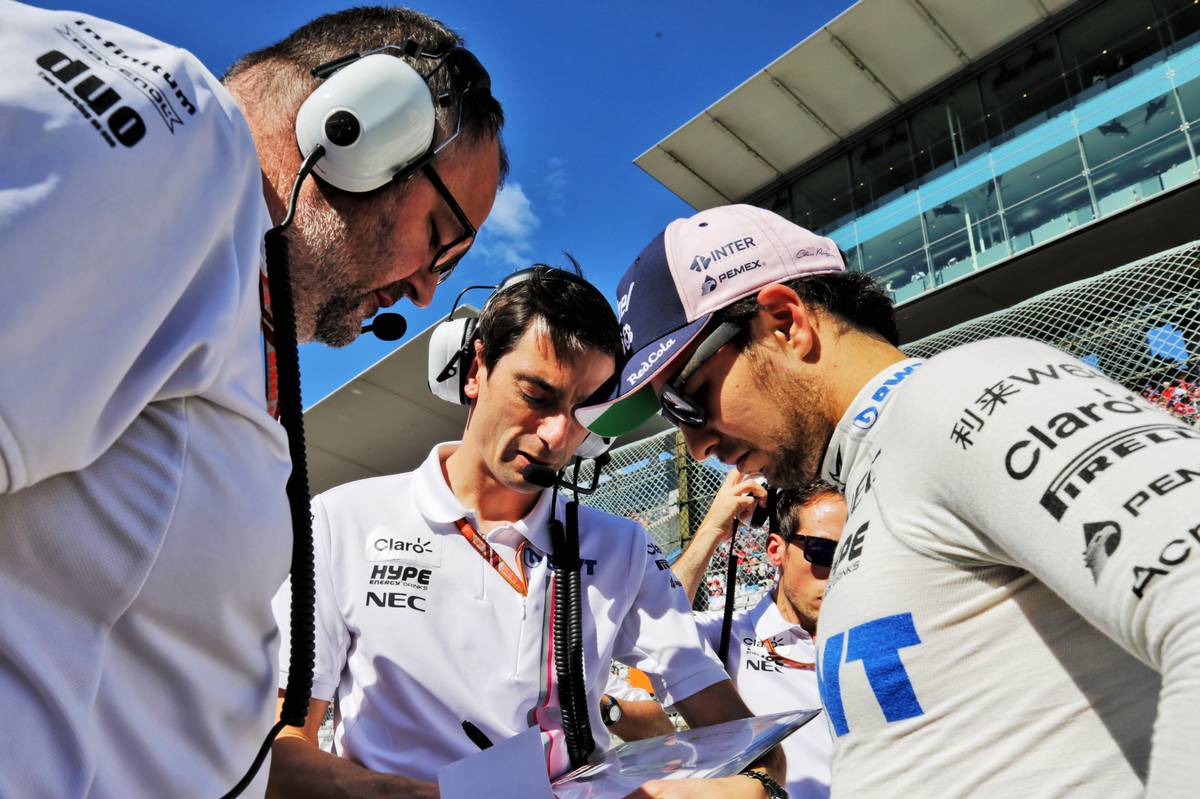 "All weekend long you can see plenty of Mexican fans and you feel all their love and support. It makes it a really special weekend for me and I also have my family and friends there as well, so it really is like the perfect race."

The team will be wanting the perfect result from this weekend's Grand Prix in order to keep them moving forward in the constructors championship.

Having lost all their points following the takeover of the team by the Stroll-led Racing Point consortium, Force India has already put 43 points back on the board since the summer break. They're currently in seventh place in the standings and closing rapidly on McLaren.

"We continue to score good points and we need more of the same this weekend," acknowledged Szafnauer. “With just four races to go, we are getting to the business end of the season.

"Our performance in Japan showed that we have great speed in the car on a very demanding track. I think we can be the fourth quickest team in Austin too."

Kubica's chances of racing for Williams may get big cash boost

Verstappen 'wrong to blame only Renault' for problems - Bell