“It’s like Alice in Wonderland compared to what we had before,” Wolff told Sky Sports F1 in Brazil on Friday.

Wolff said the situation could hardly be more different to the period of all-out civil war that existed within the team when Hamilton was paired with Nico Rosberg.

The mind games that went in Brackley on between the two rivals between 2013 and 2016 has become the stuff of Formula 1 legend. But Wolff said that the situation had been transformed since Bottas joined the team at the start of 2017.

"It’s a great relationship between the two," he said. “They are ying and yang - all the talking happens on the track. There is nothing in the debrief, no politics.

“I’m not saying that in a negative way," he added. "Every driver has his own way of trying to achieve success.

"I don’t think Valtteri even realises if something is being manipulated."

That's not to say that Bottas has been a pushover. He was clearly irked at being called a 'sensational wingman' by Wolff following the Hungarian Grand Prix, with the team boss swiftly backtracking and clarifying what he had meant with his comments.

And Bottas' disappointment at being instructed to hand over the race lead - and ultimately victory - to his team mate in Russia was also evident.

In return for the help that Bottas has given him in this year's world championship battle with Sebastian Vettel, Hamilton has been fulsome in his praise of the 'greatest partnership' between team mates in the history of Formula 1.

"I see how hard he works, he sees how hard I work, we don't play games in between to try to throw off the [other] guy," Hamilton said after clinching his fifth championship in Mexico. 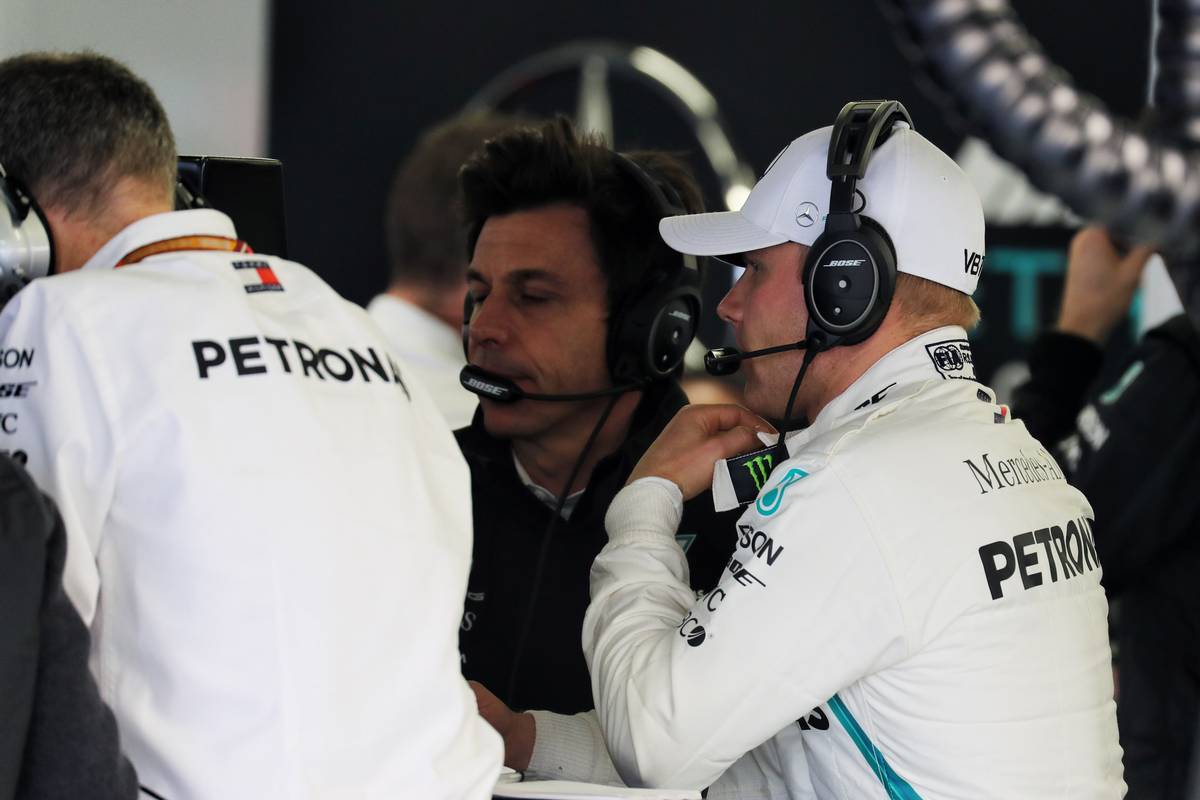 But he's also said that he has no intention of handing the Finn a race win on a plate as thanks for past sacrifices - and Wolff agreed with that philosophy.

“Lewis is very much out there to win as many races as possible,” Wolff pointed out. "“No driver wants to give up victories.

"I think Valtteri needs to get the win himself. This is how it should pan out."

After winning three races in his maiden season with Mercedes in 2017, Bottas has failed to clinch victory this year.

He came closest in Azerbaijan when he was leading in the closing stages of the race, only to retire after surring a dramatic puncture.