Coming after his front-row start and race win in Mexico, Max Verstappen was understandably feeling a little deflated after finishing up almost half a second off Lewis Hamilton's pole time in Brazil.

He admitted that Red Bull had been expecting to qualify behind the Mercedes and Ferrari cars, which is exactly what happened.

Although he'll start Sunday's race from a promising fifth place on the grid, there was a disappointingly big gap between the top four and Verstappen's own Q3 lap time.

"It was not the best balance I've had in a qualifying session this year," he lamented. "But it wouldn't have changed [anything].

"I think we would have been closer to Kimi [Raikkonen]," he said. "But it is like it is.

"Hopefully the set-up today will be better for tomorrow when it's going to be a bit warmer," he offered. "With the understeer I have it should be a bit better for the race I think."

Verstappen added that he wasn't among those drivers planning to carry out a rain dance for more inclement weather tomorrow to level out the performance of the cars in race trim.

"No, I have other priorities than dancing!" he quipped.

Verstappen's team mate Daniel Ricciardo was only 0.002s slower in the final round of qualifying.

However the Australian will start outside the top ten after a five place grid penalty for taking on a new turbocharger for this weekend's race as a result of his retirement in Mexico.

"In the end the pace wasn't that bad, it seemed, on the low fuel stuff," Ricciardo told Sky Sports F1 when asked about his qualifying performance. "I think we'll be pretty decent tomorrow.

"Obviously with our penalty we'll start from 11th. It was close - I think Max got me two thousandths or something, a similar margin to last week which was annoying." 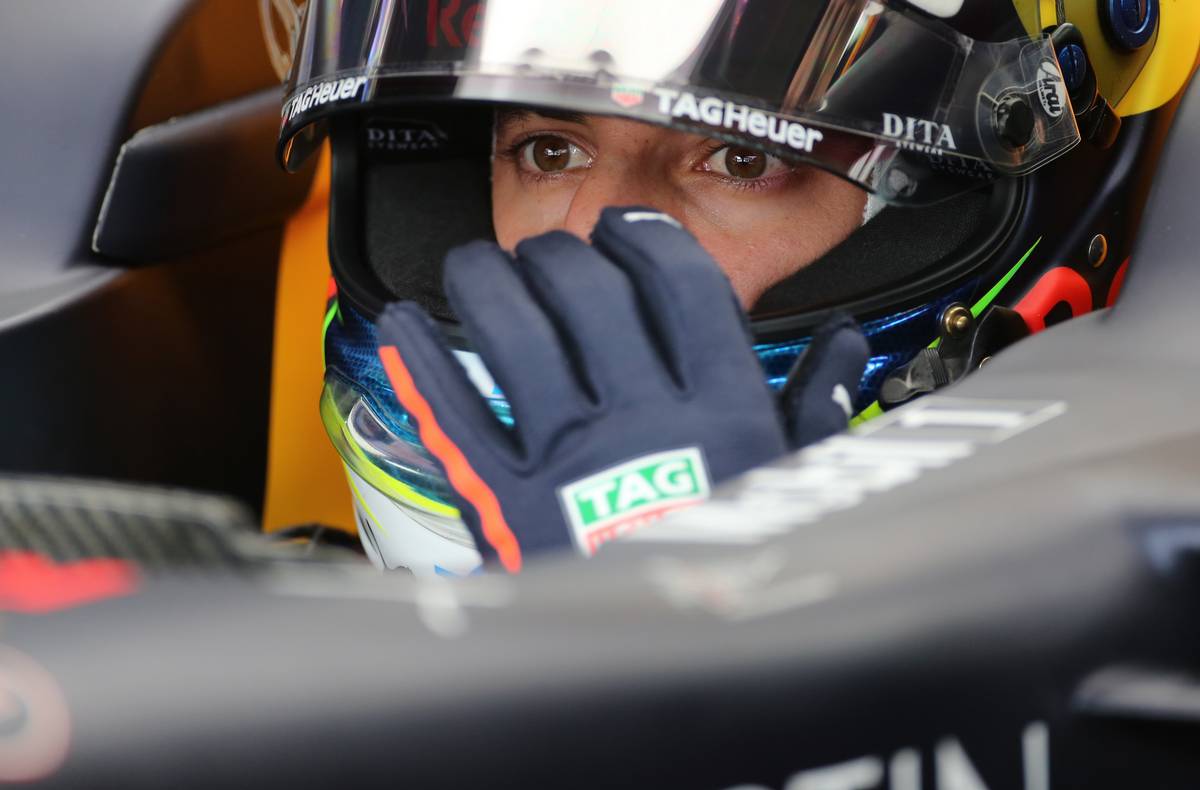 On that occasion it was Ricciardo who had pipped his team mate by an infinitesimal amount, leaving Verstappen furious at missing out on what would have been the record for youngest ever pole sitter.

The stakes weren't nearly so high in Brazil, and Ricciardo was still able to smile about the outcome.

"You saw his face last week, but fortunately this isn't for pole so it's a little more tolerable.

"To be honest it was alright, it was fairly solid. We've just got a bit of work to do from 11th tomorrow, but I think we'll have a decent car."

Ricciardo said he is hoping to pull off a few classic overtaking moves to get him back up the running order, and pointed to his success in the same event at the Autodromo José Carlos Pace in 2017.

"Watch last year's race, there's a few highlight reels there!" he said. "I remember it.

"Just send a few [moves] tomorrow and hopefully get to the front quickly and try and get in that battle with the top five."