Romain Grosjean came close to making a dramatic career change after missing out on a full-time race seat in Formula 1 with Renault in 2010.

The Frenchman had already made his Grand Prix début the previous season in seven races in place of Nelson Piquet Jr. He had been hoping to get the spot full time in 2010, but lost out instead to Vitaly Petrov.

“I was expecting to get a seat with the team going into the 2010 season,” Grosjean told The Players’ Tribune.

“I felt I had raced well, I felt I was on the right trajectory," he said. "But, and you might know this, the politics in F1 are quite ... prevalent, let’s say."

Grosjean was also dismayed to hear that he had been gaining a reputation at Enstone for being "arrogant" and having a "big ego."

"The thing is, that just wasn’t true," he insisted. "I was just shy. I was just me! So some people didn’t like me I guess.

"I got a call from Eric Boullier, the Renault Team Principal," Grosjean continued. "He said: ‘Romain, I am sorry to say this. But yes, we have signed Vitaly Petrov to the seat for this season.’"

The whole thing left him wondering whether he had any future in the sport, and he briefly contemplated a radical change in direction when he headed to Paris to sign up to a cooking school.

“The thing about me is, I’m all or nothing," he explained. "When I got off the phone with Eric, F1 for me was no longer all [so] it was just nothing.

"If I didn’t have a ride in F1, then where did I go next? I was a bit more of a dreamer as you know, back then, than I am now. But I believed in myself.

"I believed in myself so much that I thought that I was going to be able to change careers that day.

“I caught a train from Geneva to Paris. I called my girlfriend - now my wife - to let her know that I was coming to visit her, and that I had some news about my career. I was going to be a chef. Yes, a chef!"

Although it might seem to have come out of nowhere, Grosjean's love for the culinary profession was genuine and had deep roots.

“I grew up loving food. I watched my mom cook great meals in our family home," he said. "And also, chocolate is my religion - put that on a T-shirt!" 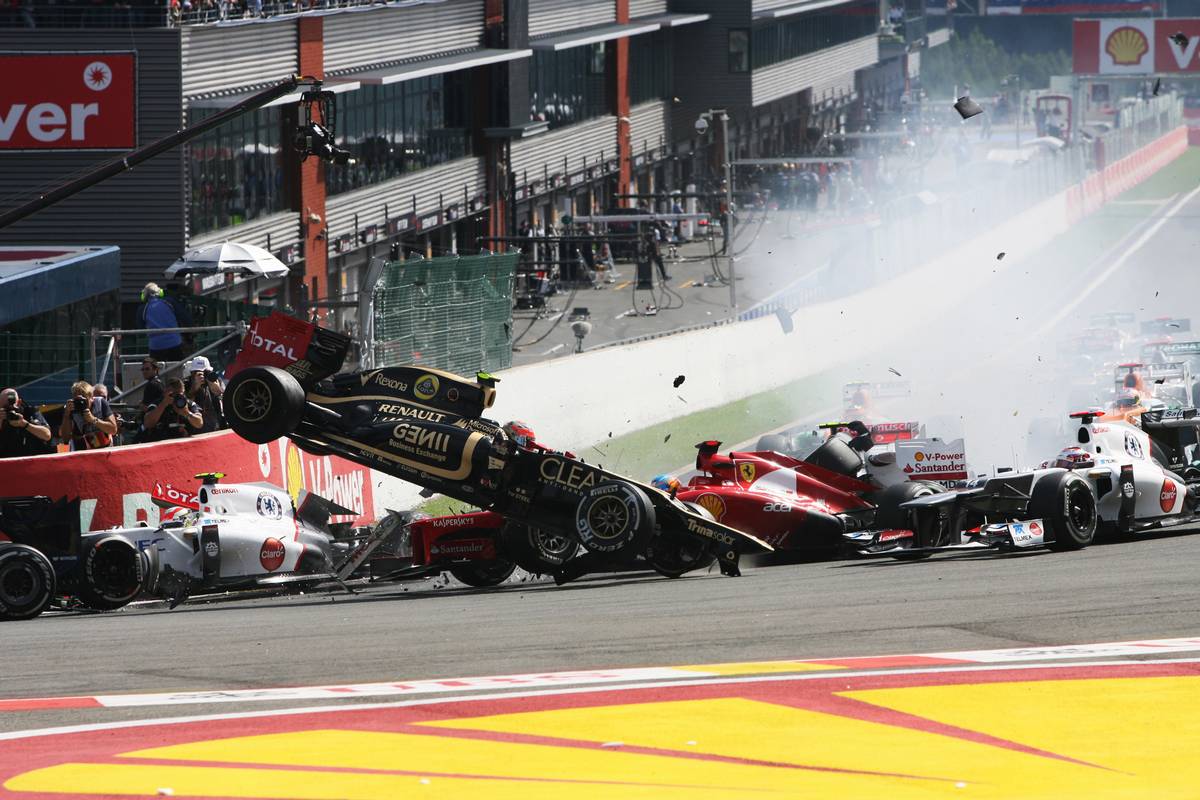 But instead, the attempt was unsuccessful as Grosjean was considered too old to enrol.

"I did actually go to cooking school in Paris - like, I physically went to the building," he said. "But they didn’t even let me sign up. Can you believe that? I was told I was too old. Too old! I was 24! So that was that. No cooking."

The following year he was set a clear objective: to win the GP2 championship in 2011 in equally emphatic fashion. This he duly did, picking up five wins, ten podiums, one pole position and four fastest laps to convincingly claim the title well ahead of Luca Filippi and Jules Bianchi.

Grosjean duly got his reward with a full-time spot in the Lotus squad in 2012. Despite earning himself a one-race ban for his part in an accident at the Belgian Grand Prix, he stayed with the team until 2015.

He caused a stir by deciding to move to new American team Haas in their inaugural season in 2016. He's recently been confirmed for a fourth year with the team in 2019, with Kevin Magnussen remaining as his team mate.

Vettel: Marchionne put the pressure on at Ferrari

Hakkinen has confidence that Bottas will bounce back