Toro Rosso team boss Franz Tost says that Daniil Kvyat is worthy of a second chance in F1 and that the "best is yet to come" from the young Russian driver.

Kvyat enjoyed a rapid run up the motorsport ladder, reaching F1 with Toro Rosso in 2014 before he was promoted the following year to Red Bull Racing.

A lack of consistency and multiple mishaps out on the track set him back however at the beginning of 2016 when he was demoted back to the junior bull squad.

With his progress stagnating, Kvyat was dropped by the Red Bull before the conclusion of the 2017 season, but a lull in the energy drink company's young driver programme decided Helmut Marko to award the 24-year-old Russian with a second chance.

"I always say that a young driver needs two to three years to understand and deliver in the complicated world of F1, but Daniil showed his natural speed from the very beginning," said Tost.

"When the contingency required his move to Red Bull Racing, it seemed that he could be ready for the challenge.

"He showed some very good performances but to perform under pressure is always a challenge, now we can say with hindsight it was just too early.

"He had to live through a difficult time when he joined us again in 2016 – it was psychologically tough, but no one has ever doubted his driving skills.

"I strongly believe he deserves another chance in Formula 1 and I feel the best is yet to come from his side." 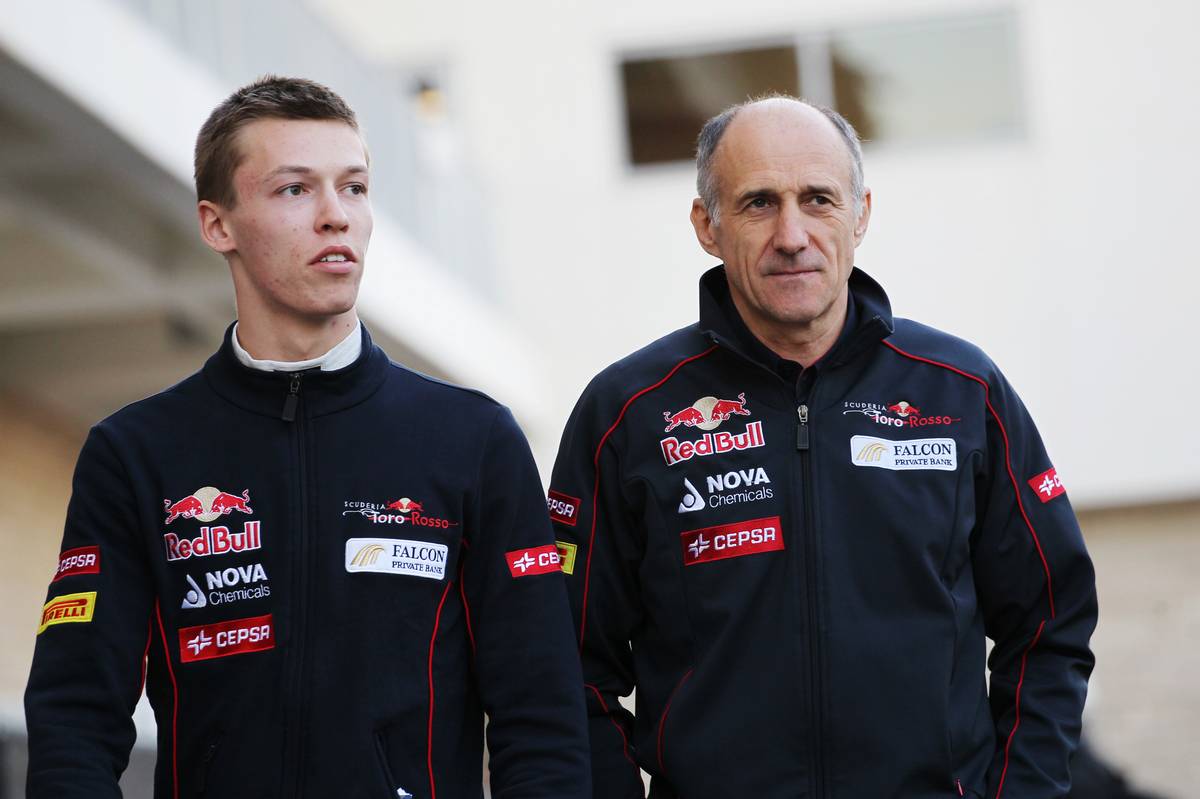 Kvyat spent 2018 at the service of Ferrari, as a simulator driver at Maranello. But the Russian is happy to be back in a familiar environment, although he's noted a few obvious changes at Faenza.

"Honestly, there are more familiar faces than unfamiliar ones," he says. "Obviously, the biggest change has been the engine supplier now that we have Honda.

"Regarding the engineering side, everything is relatively the same compared to when I left. The engineering group around the team is very similar."

Kvyat's is cautious however when it comes to offering his outlook for 2019.

"We don’t know exactly where we’re going to be," he admits.

"Like everyone else, we are working hard to put the best package together and the best thing I can do for myself is to work as hard as possible on myself and on my performance. I believe in the guys in the team.

"They know what they’re doing. Me and my engineering crew will do everything we can to squeeze the maximum out of the package we’re given by the team.

"I think we’re looking good and I feel that everyone is motivated and focused. I can see that and it gives me confidence for the future."