McLaren's Lando Norris was disappointed not to deliver points to his team in Melbourne despite his belief that his MCL34 was a top-ten contender.

Norris took a cautionary approach to the strat of his first F1 race, keeping his nose clean at the outset but losing a couple of spots from his initial P8 position on the grid.

After a swap from the soft to the medium compound, Norris found himself snapping at the heels of Antonio Giovinazzi but unable to get around the Alfa Romeo driver for eight laps, a delay that helped both Daniil Kvyat and Lance Stroll outpace the McLaren rookie.

And when he did get the measure of Giovinazzi, points were out of reach.

"It was too late. It cost me the positions on Kvyat and Stroll, which obviously put me out of the points in the end," Norris said about his fight with Giovinazzi.

"I’m a bit annoyed because there was a lot more potential. The car had the pace to be in the top 10, and basically I let everyone down. So I need to make sure that doesn’t happen again." 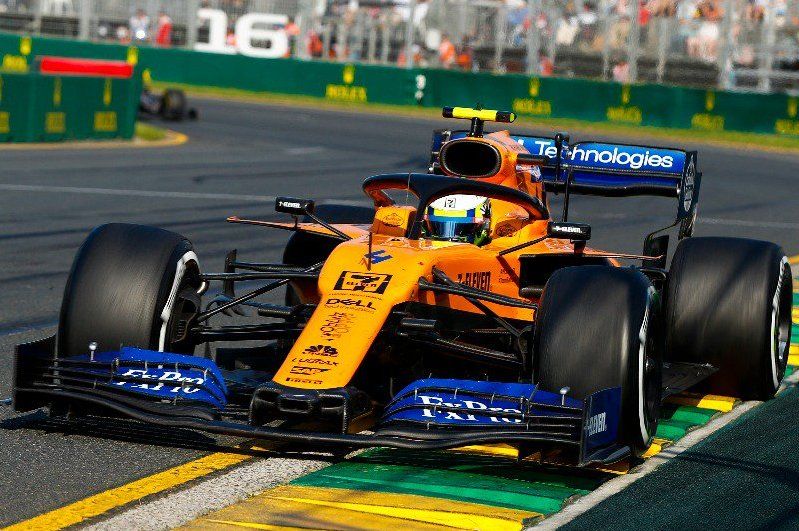 "I’m pretty proud [of the team]. I think I had a pretty good car today. Not perfect, but overall it had enough pace in it to be in the top 10. I just made a couple of mistakes that put me outside of it.

"It is nice to get my first race out of the way. I was quite nervous going in, but after finishing, I’m reasonably happy."

Norris' team mate Carlos Sainz was unable to save the day for McLaren , the Spaniard falling victim to an MGU-K failure on his Renault engine after just nine laps.