Ferrari will not need to replace Charles Leclerc's engine for next week's Chinese Grand Prix, according to reports from Italy.

Leclerc was in a class of his own at Sakhir, heading to a sensational first victory in F1 when a gremlin crept in, hindering the Ferrari charger and enabling Mercedes' Lewis Hamilton and Valtteri Bottas to steal the Monegasque's thunder.

Checks carried out at Maranello this week revealed that Leclerc's sudden loss of power was caused by a short circuit within an injection system control unit.

"This type of problem had never been seen before on the component in question," said Ferrari in a statement.

The Scuderia has given the engine the all-clear for Shanghai, thus avoiding tapping into its limited three-unit allocation.

Nevertheless, Ferrari team boss Mattia Binotto has ordered a full investigation into the engine component failure in order to avoid a costly repeat of the misfortune that befell Leclerc in Bahrain.

"We will work on the issue but I'm completely confident they will find what the issues are and they will be fixed for the future," said Leclerc.

Brown not expecting McLaren to dice regularly with Red Bull 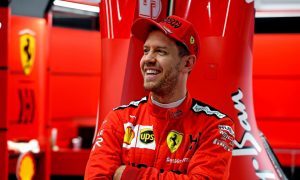 Leclerc: Ferrari 'has achieved its goal' with SF1000