Valtteri Bottas' welcome victory in the 2019 Azerbaijan Grand Prix was a year overdue, according to Mercedes team boss Toto Wolff.

Bottas was leading last year's race when an errant piece of debris inflicting a race-ending puncture. The Finn was forced to pull over and lost his best chance of the season of claiming a win.

Happily there was no such heartbreak in this year's event, with the Finn firmly in command of the race once he repelled a strong challenge at the start from his team mate Lewis Hamilton.

Wolff confirmed that the drivers had genuinely still been racing for position at the end of the race, with no team orders applied.

"Absolutely. We just told them to take it easy at the beginning because we didn't know how the mediums would last. At the end they were free to go, yeah," he said. "It got a bit racy at the end which is good also.

"Both of them are really good under pressure. You can see, neither of them made a mistake. I hope they can maintain that to the end of the season."

While Bottas always looked to have things under control, he insisted that it hadn't been quite so straightforward from his view in the cockpit.

"It was actually a tough race,” he insisted when speaking ot the media immediately after the end of the race. "Lewis was putting pressure on all the time so I couldn't do any mistakes. 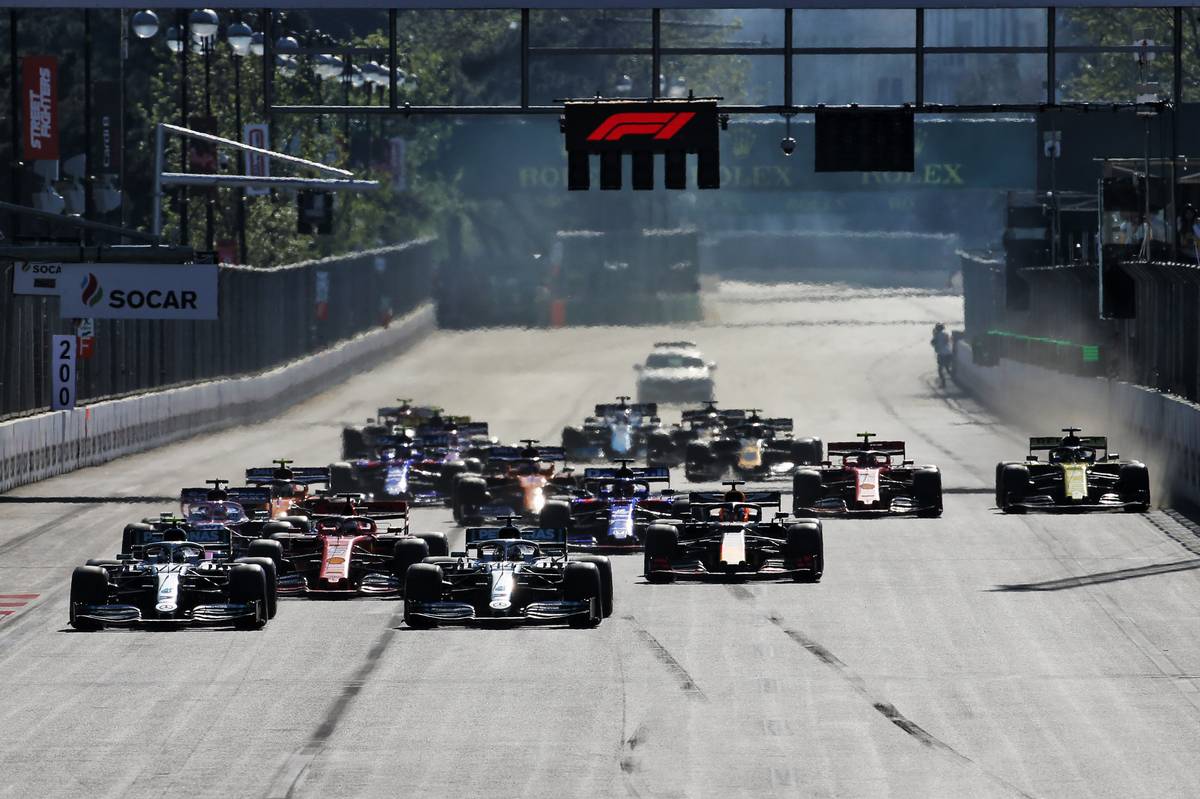 "Honestly I think at the start I was just a tiny bit too cautious on the drive-out phase," he added of their white knuckle battle off the line through the first two corners.

"Lewis had a better start. But I was on the outside so I knew if I carried the speed at the same time I knew I could be fair and leave space. Same thin in turn 2. But it was nice and clean from both of us, which we all expect, so that was good."

Bottas said he was fully aware of the threat that Hamilton posed in the final three laps of the race.

"He was for sure trying everything he could to win his race," Bottas chuckled. "I knew I just had to focus on my own performance, on driving. Honestly I just took it corner by corner, not really thinking about the number of laps or whatever.

"But everything was under control and I'm happy to receive the flag and get first place," he acknowledged.

With Hamilton maintaining second place at the line, Baku saw the team's fourth 1-2 of the season - the best result for a team in the history of modern Formula 1. It means Mercedes are 74 points ahead of Ferrari in the constructor standings. 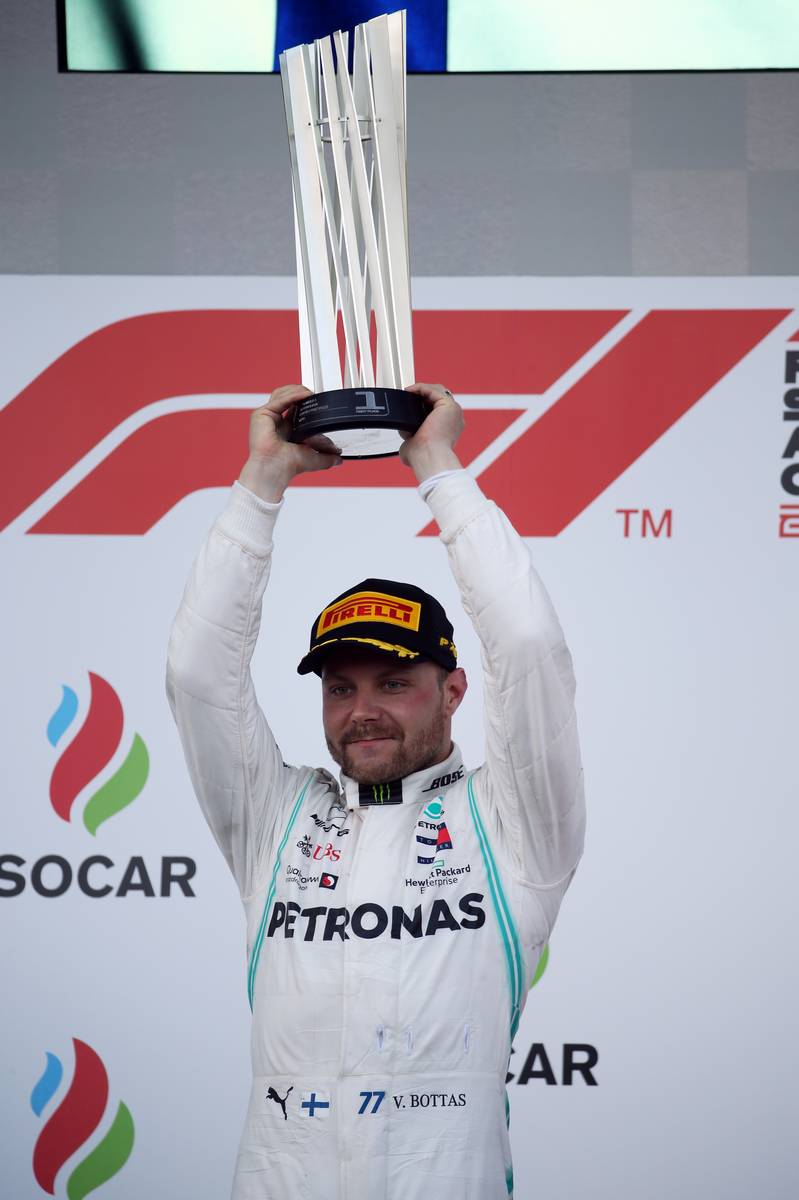 “It's incredible for the team, this kind of level we are performing at now," he said. "I'm so proud to be part of it, we're all performing really really well and I hope it carries on.”

Today's result also puts Bottas back in front of the driver championship by virtue of the bonus point for fastest lap he picked up in Melbourne. he wasn't tempted to try the same thing again in Baku, however.

"Obviously here we didn't want to risk it completely for just one point but there are going to be races where it's important," he told Sky Sports F1's Karun Chandhok.

However he admitted that the 2019 title might be decided by just such details. "It's going to be hard, it's going to be about getting very point you can"

Overall it's certainly a far cry from the disappointing start that Bottas endured in 2018. "Yeah, it's quite different to last year," he said. "Having two wins from four races is a good feeling!"