Sebastian Vettel says that Ferrari can no longer be considered title favourites after falling short of their Mercedes rivals again this weekend in Baku.

Ferrari came into the 2019 on a high, boosted by a strong showing in pre-season testing in Spain. That was before the first race of the season in Australia, which proved to be something of a reality check for Sebastian Vettel.

Three races later and a crushing run of race performances from Mercedes has left Vettel acknowledging that any hopes Ferrari might have an edge over their rivals have now been well and truly dashed.

"We are not the favourites going to Barcelona," he told the media immediately after the end of the Azerbaijan Grand Prix on Sunday. "Obviously the last four races on average we were not quite there.

"There's still plenty of work for us to do, obviously we were not quite where we want to be. At this point I think we just need to maximise what we can. 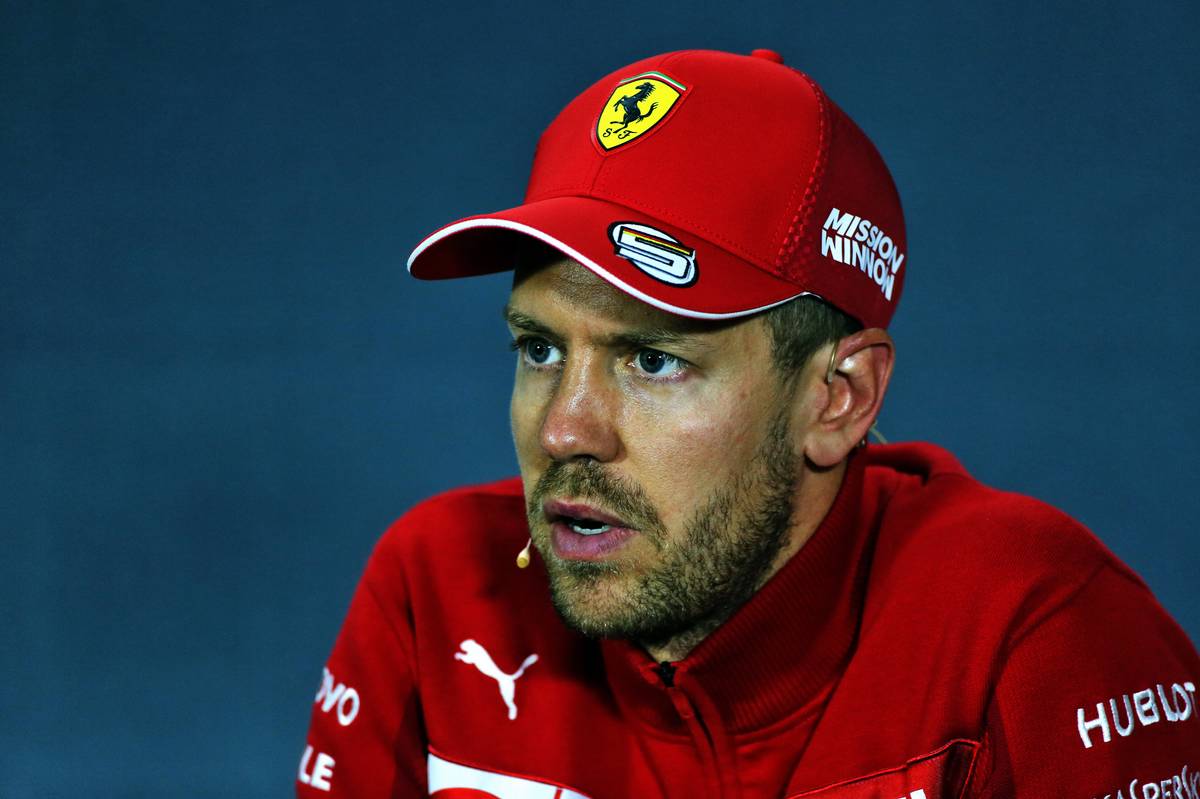 "The team is in good spirits. We have another couple of upgrades to get on the car," he said. "[But] we need to chase them down.

"We are looking forward hopefully to a smooth weekend [for the Spanish Grand Prix]," he added. "Our first four weekends haven't been that smooth, but it will be crucial to catch them and turn the things around."

As for Sunday's race, Vettel agreed that his initial run on soft tyres had left him struggling.

"The first stint was really poor, I struggled to initially get the tyres to work," he conceded. "I really struggled to find a rhythm.

"It was difficult for us to put the tyres in the right window, they didn't really click," he continued. "I think the tyres were too cold, and then when they were hot they were damaged, so it was never really working.

"I was really uncomfortable, inconsistent," he added. "Couldn't get a feel and confidence for the car - that's usually not so good around here!

"After that, I was surprised. I was already looking forward to a difficult stint on the medium tyres but there were no problems switching on and they lasted to the end, no problem.

"Much happier, much more confidence, and I think we had some pace to at least go with them and sometimes put a bit of pressure. 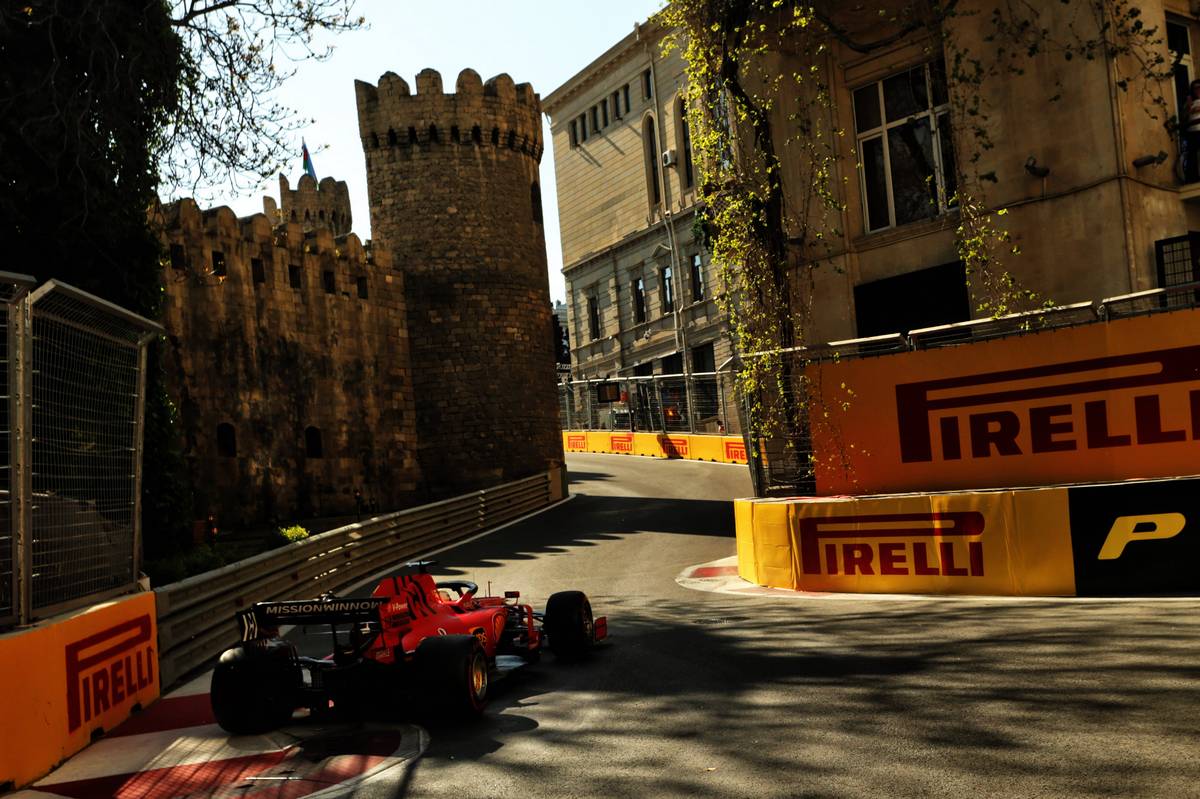 "As it turned out the second stint was a lot stronger and we were able to stick with them [the Mercedes]. We weren't really much faster, but we weren't that much slower either so that was positive.

"It's just for us a much more conscious effort to get the tyres in the right window and then to perform. I'm not sure they [Mercedes] understand why they are in the window as much as we don't understand why we are not.

"We obviously had to keep an eye on Max [Verstappen] behind, who with some of the lapped cars he was getting a bit closer. But in the end we had enough pace to react and keep him behind."

And Vettel got a nice surprise toward the end of the race when it came time to get back underway after a brief Virtual Safety Car interruption.

"It was mega after the safety car!" he said, sounding genuinely surprised and delighted when talking to Sky Sports F1. "I thought that would be difficult, especially with Max behind who was sort of closing in and maybe more fortunate in when he was hitting the blue flags.

"The grip was really good and I was one of the fastest straight away" he said. "Funny old tyres!" 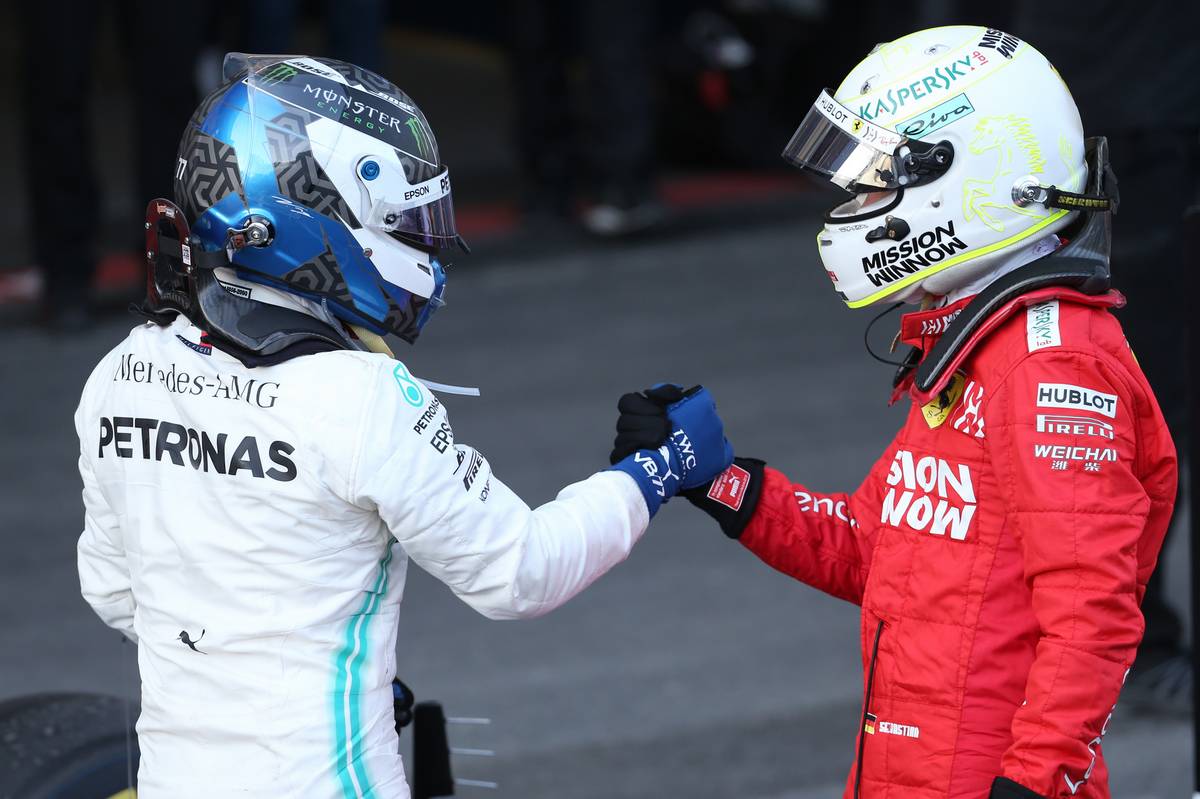 Today's result puts Vettel 35 points behind Bottas in the driver standings, and Ferrari are now 74 points adrift of Mercedes in the constructors standings.

But it's early days yet, and Vettel was keen to accentuate the positives form the day - including Charles Leclerc successfully taking the bonus point for fastest lap at the en dof the race.

"It was crucial to keep that third, and good for Charles to get the fastest lap at the end to snatch it away from the Mercedes boys."